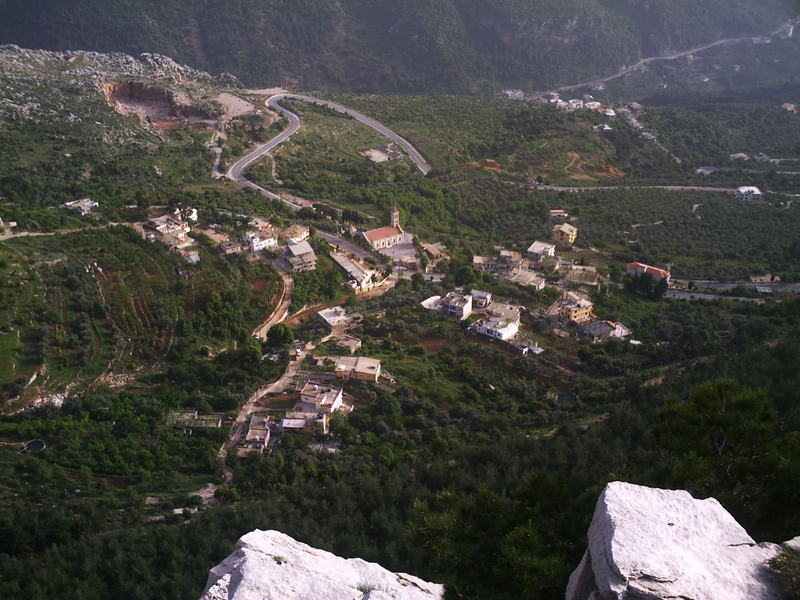 
Arbet Kozhaya, also known as Arbet Qozhaya or Arabet Kozhaya, ( _ar. عربة قزحيا) is one of the fifty-six towns and villages, which make up the ("Zgharta Zawie") in the of . [The village name is spelt as either Arbet Kozhaya or Arbet Qozhaya, depending on way the name is transliterated. For this article we will keep to former spelling]

The village is named after the neighboring Monastery of Kozhaya, known as the Monastery of Saint ("Mar Antonios al-Kabir"). The monastery is some 950 metres above sea level in the Valley of Kozhaya.

The word "Arbet" (Aarbet) means "inclined", since the village is on an inclined plane overlooking Kozhaya.

The name "Kozhaya" is in origin and means "the treasure of life", with "treasure" representing "", for whom the monks of the Monastery abandon worldly goods and follow an ascetic life dedicated to prayer and spirituality; and "life" referring to the abundance of water endowing nature with life in the valley.

The Kozhaya Valley and the nearby Qannoubine Valley are part of the , known also as the Holy Valley. The village lies between 900 and 1,050 metres above sea level and occupies some 2 million square metres, out of which approximatively 500,000 square metres are inhabited and 700,000 square metres under cultivation. It is at a distance of 5 Kilometres from , 25 Kilometres from , 30 Kilometres from the and 85 Kilometres from .The village church is dedicated to Saint Elias and the Saint’s Feast day is celebrated on the 20th of July. There is a nearby hotel called [http://www.letournant.com Hôtel Le Tournant] , two small food shops and a medical centre built by the Fayez Mouawad Foundation. There is also a volley ball court built in the beginning of 1990’s by the late Francis Antoun. Freshwater is supplied to the village by two springs one being called "Al-Fas´in".

The village has not had a school since the 1980’s. The first school opened in the mid 19th Century whose teachers were priests and monks from the Monastery of Saint . During the period, 1936 –1950, teachers included Kabalan Morcos El Douaihy, Tannous Bakhos, Raphael Khoury and Farid Attieh. The present generation of school children go to nearby schools at Al-Koura, technical college students going to local colleges in the region. Those attending university live away during term time.

This article uses a study undertaken by Joseph El Homsy, who comes from the village. He conducted his study of the village in 2003, based on data for 2001-2002.

The study shows that the village population was recorded at 294 persons of whom 52.10 % were male and 46.90% were female. The average age was 32 years, with almost half the population under the age of 45.

Of the recorded 82 households in the study, 32 households lived elsewhere in Lebanon and 50 households lived permanently in the village. The study also showed that there were 44 families who emigrated up to 2002 and their destinations were: Australia 16; Canada 11; Venezuela 8; USA 4; France 3; Brazil 2.