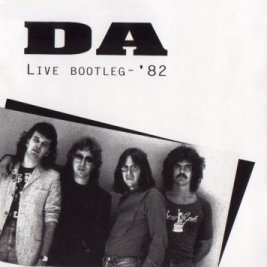 Recorded in by , this officially released bootleg gives fans a glimpse into a typical D.A. concert in the early 1980s. The band tears through energetic rendetions of fan favorites like "I Love You #19," "Through the Speakers," "Alarma!," and "Hound of Heaven" before launching into their famous "surf Suite." The "Surf Suite" included D.A.'s own surf songs "Endless Summer," and "(Near Sighted Girl with Approaching) Tidal Wave" as well as the surf classics "Wipe Out" and ' "Surfin USA."