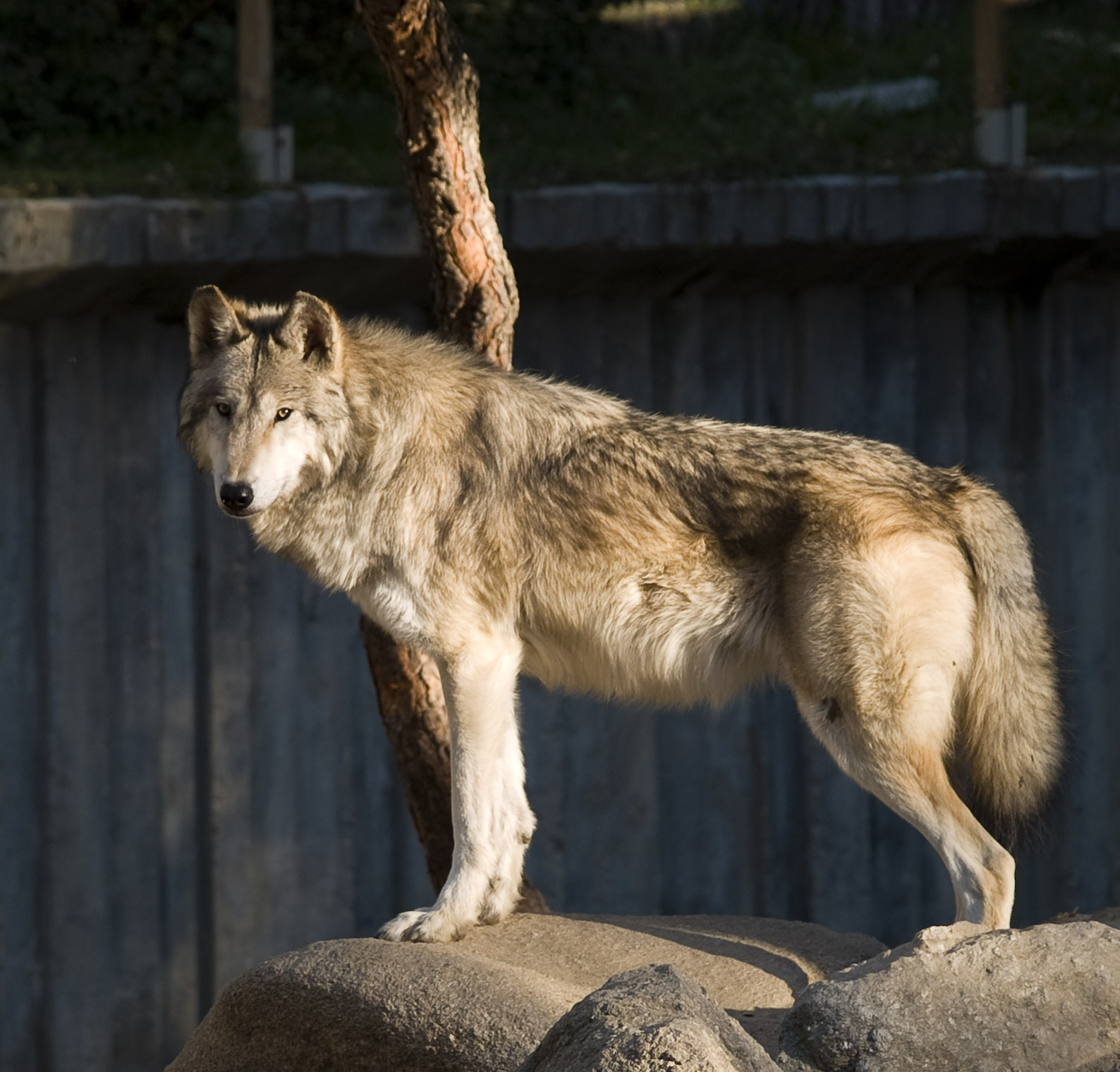 range_map_width = 200px
range_map_caption = Mackenzie Valley wolf range (green)The Mackenzie Valley Wolf ("Canis lupus occidentalis") also known as the Rocky Mountain Wolf, Alaskan Timber Wolf or Canadian Timber Wolf is perhaps the largest subspecies of in . Its range includes parts of the western United States, much of western , and , including in the , and was reintroduced into and central .