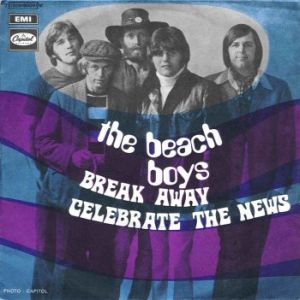 After the sessions, Brian Wilson served as less of a band leader in the studio. Between and the "" single, Brian was credited as producer; thereafter production credits were assigned to "The Beach Boys." "Break Away" was the last release (aside from the single "") on which he was named as producer until in 1976.

"Break Away" features Carl Wilson singing verses (with Mike Love) and Al Jardine on the chorus. Initially, the song was planned to be released with Brian Wilson singing the first verse, as included on the 2001 compilation, Hawthorne, CA. Early stereo studio mixes of this title provide verification, but these remixes are illicit.

Brian has said that inspired him to write this song.

"Break Away" did not appear on a regular Beach Boys LP. It made its album debut in 1975 as part of the "" compilaton