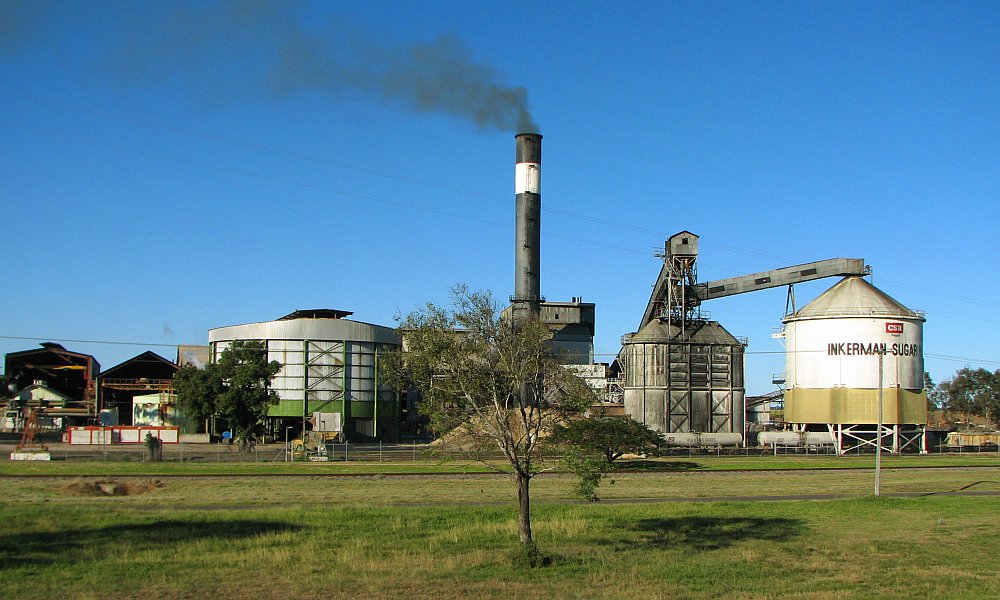 Home Hill, Queensland is a town in , at the delta of the . It is a growing area with underground water supplies to irrigate crops.

Home Hill lies approximately 98 km south of Townsville and 1269 km north of the state capital on the . It is a part of the Burdekin Region which includes the neighbouring town of Ayr. Both towns are governed by the .

The main attractions in Home Hill are the , and Ashworth's Rock Shop. In the past few years it has become increasingly popular for backpackers, who flock to the area to earn money planting and harvesting crops.

The town relies on its primary industries. The major crop grown in Home Hill is . Other crops include and various vegetables.

The cattle station was converted to sugar cane in 1911 and the town developed quite quickly after the establishment of the Inkerman sugar mill in 1914. This inevitably attracted workers and sugar cane farmers to the area and a small centre grew up to provide the necessary goods and services.

It is said that the town was originally going to be named Holme Hill after a battle in the . However, so the story goes, the signwriter wasn't given a written spelling of the name and the town became known as Home Hill. In fairness there is an alternative version of this story which says that the town was named after a certain Colonel Home who had distinguished himself in the Crimean War. Another mystery about the town name - the town is not built on a hill. It is on a fairly flat river delta. The nearest hill is about 10km away.