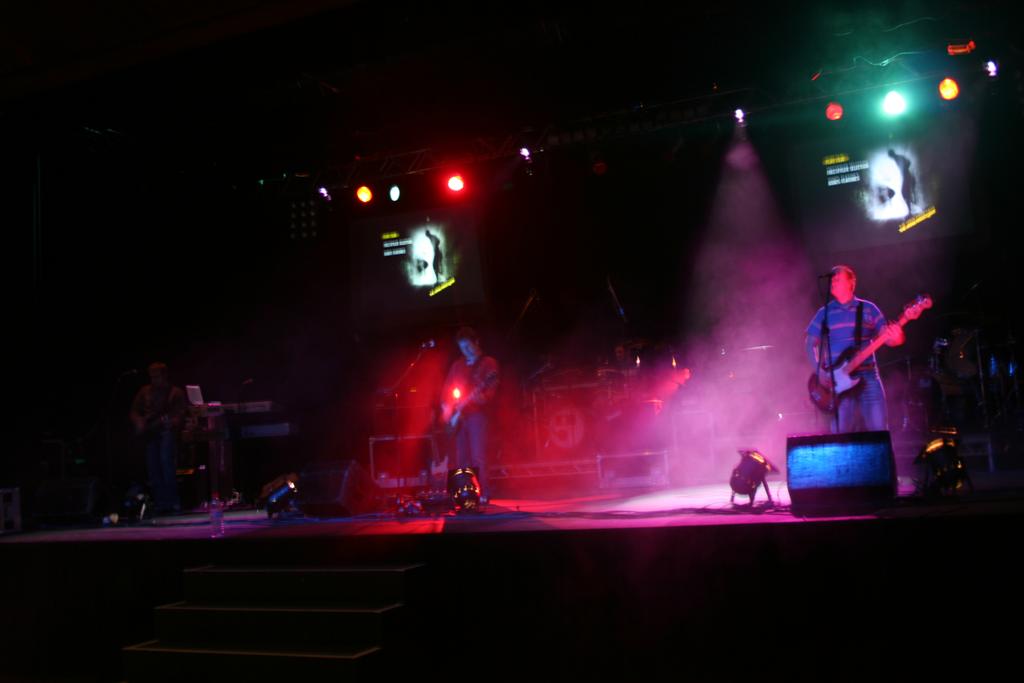 
YFriday are a British and band from .

To begin with, the WhyFriday? outreach programme had a regular attendance of about 50-60 young people, but this steadily grew and the programme is now held in the , which seats around 2,000. The WhyFriday? programme now has around 800 attendees each month, and the band still play there regularly.

Following the 1999 release of the "Rainmaker" album, the band were approached by Kingsway with an offer of a 3 year recording contract.

Bassist Danny Smith joined the band in 2001, in time for the "Open" album. It was at this time that the band made the decision to go full time, and the band also released and EP.

Band membership has changed slightly since the original formation. The band went full-time in 2001, with the release of their "Open" album.

Ken Riley is the lead singer, guitarist and song writer of Yfriday. Ken's most globally well known song to date is which he co-wrote with . He is the at his church, (an Elim ) in .Fact|date=October 2007 He became a Christian after his wife, began attending the church, and Ken subsequently went along as well.Fact|date=October 2007

Dez Minto is YFriday's mer, the son of a minister from , and has a background.Fact|date=October 2007

Keyboard and second guitar player Gav Richards comes from a in .Fact|date=October 2007