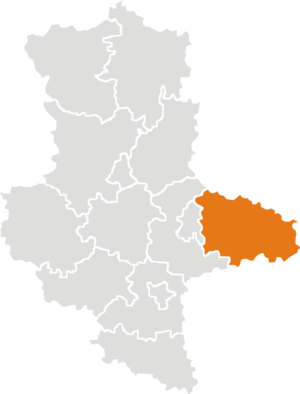 The main rivers in the district are the and its tributary, the .

After the resolution of 6 October 2005, as part of municipal reform, the 27 towns and communities of the Verwaltungsgemeinschaften of Coswig and Wörlitzer Winkel, formerly in the district, were assigned to Wittenberg district on 1 July 2007.