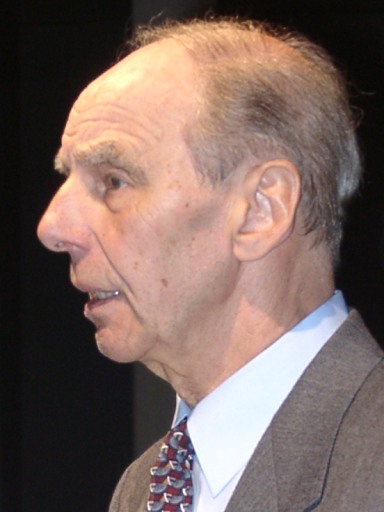 Juris Hartmanis (born , in , ) is a prominent and who, with Richard E. Stearns, received the 1993 ACM "in recognition of their seminal paper which established the foundations for the field of ".

They first moved to , where Juris Hartmanis received the equivalent of a in Physics from the . Then he moved to the , where he received in Applied Mathematics at the (now known as the ) in 1951 and Ph.D. in Mathematics from under the supervision of in 1955. The honored him with Honorary Doctor of Humane Letters in May 1999.

After teaching at and , Hartmanis joined the Research Laboratory in 1958. While at General Electric, he developed the principles of . In 1965, he became a professor at . At Cornell, he was one of founders and the first chairman of its department (which was one of first computer science departments in the world). Hartmanis is a of the and a member of .

He is best known for his Turing-award winning paper with Richard Stearns, in which he introduced classes "TIME (f(n))" and proved the .