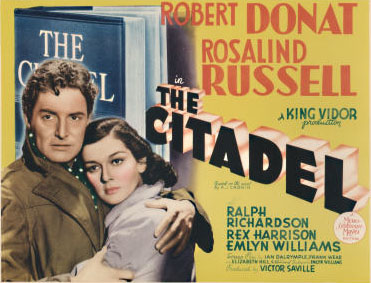 "The Citadel" is a 1938 film based on the novel by , first published in . The film was directed by and produced by . stars as the idealistic Dr. Andrew Manson who is dedicated to treating Welsh miners suffering from tuberculosis. Initially, he is full of lofty goals, though his purpose erodes when he begins treating aristocratic London patients. stars as Christine, the good doctor's wife, who tries to set him back on the righteous path.

The film won the Best Picture Award from both the New York Film Critics Circle and the National Board of Review. It is a "" Critics' Pick and is also listed in "The New York Times Guide to the Best 1,000 Movies Ever Made". ‎