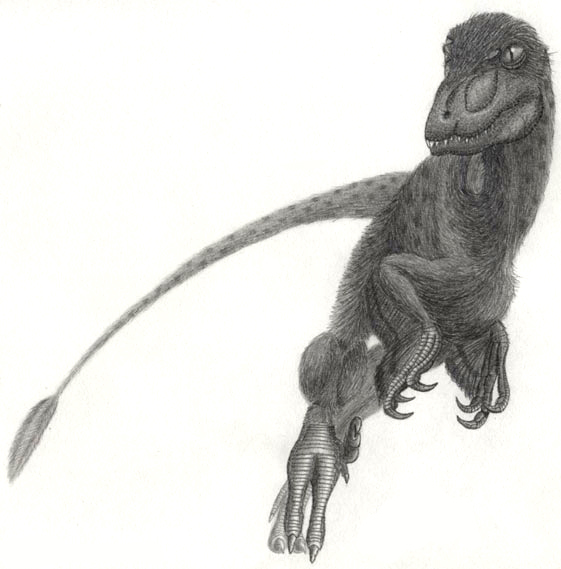 "Pyroraptor" is a of dromaeosaurid from the late Period of (70 million years ago). It is known from a single specimen, estimated to have been 2.5 (8 feet) in length.

"Pyroraptor" was a dromaeosaurid, a small, bird-like predatory theropod that possessed enlarged curved, slashing claws on the second toe of each foot. Each of these claws were 6.5 centimeters (2.5 in) long. The first and only identified specimen was found in the south of , in , and is known only from a few bones, named "Pyroraptor olympius" by Allain and Taquet in 2000.

*"Pyroraptor" was featured in one episode of the television program "Dinosaur Planet", in which an individual "Pyroraptor" named "Pod" is swept onto an island dominated by dwarf members of familiar dinosaur families.