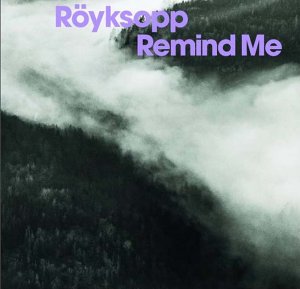 "Remind Me" (and in late 2002 "Remind Me"/"So Easy") is a song by Norwegian duo , released as their fourth single. The single version of "Remind Me" is substantially different from the album version (it is more upbeat and has more vocals). The vocals on "Remind Me" are sung by . "Remind Me" (Someone Else's Club Mix) is currently being used in the soundtrack for stores. The song was also used in a September 2006 U.S. commercial for .

After "" gained popularity after it was used in a T-Mobile advert in the UK, the single was re-released, with "Remind Me" as the and "So Easy" as the .

In the fourth GEICO caveman-themed commercial, a caveman is on a at an airport. He spots a billboard for GEICO featuring an overly silly representation of a caveman, along with the insulting phrase, "So easy, a caveman could do it." "Remind Me" plays in the background throughout.

The song "Remind Me" is also famous for its animated video, directed by the French motion graphics studio H5. It features a day in the life of a woman working in the London's Square Mile solely through s; this includes labelled close-ups of everyday objects, product lifecycles, schematic diagrams, charts, and is generally illustrated in a simple isometric visual style."Someone Else's Radio Mix" is used for the audio track, instead of the original release.This style has been imitated in multiple television commercials since the music video, for example a commercial for Areva.