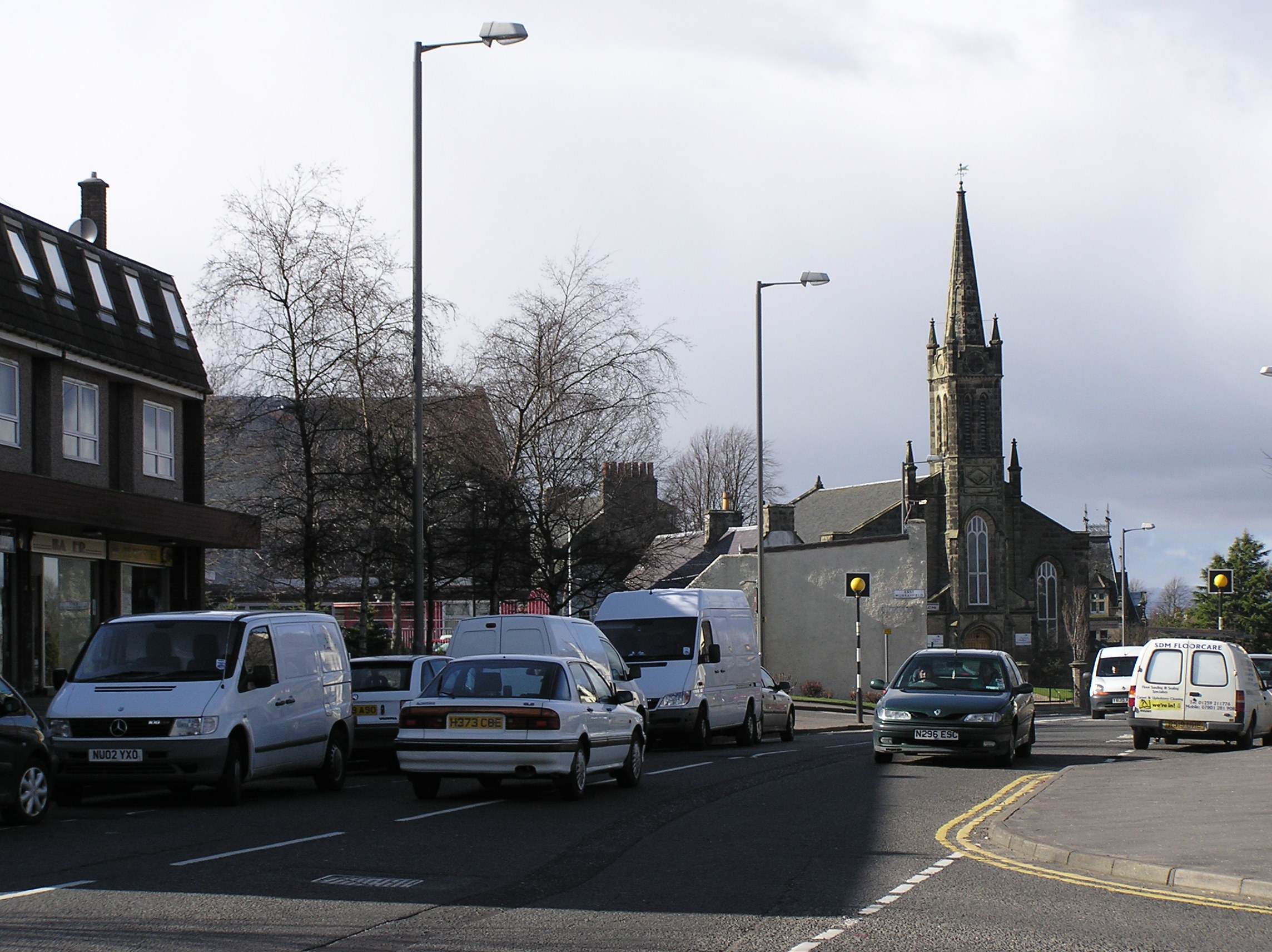 imagesize =
image_caption = The centre of Bannockburn

Bannockburn is a village immediately south of the city of in . It is named after the , a burn (small stream) running through the village before flowing into the .

Land in the vicinity of Bannockburn village, probably between the Pelstream and Bannock burns (streams) was the site of the fought in 1314 - one of the pivotal battles of the 13th/14th century Wars of Independence between and . A large monument and visitor centre is located near the site of the battle.In the late 18th and early 19th centuries the Wilson family of Bannockburn designed and wove tartans for the British army. Many of the so-called Clan tartans were created by the Wilsons in response to the needs of the Clan chiefs who, without their own authentic tartans, approached the Wilsons for suitable patterns. The visit of King George IV to Edinburgh in 1822, and his insistence that the Clan chiefs attend his banquets and levees in their Clan tartans, prompted this reaction. The Wilson family ceased business in 1924.

A circular-arch stone , built by engineer , spans the burn downstream of the battle site. Growth of both Stirling and Bannockburn during the 19th and 20th centuries means that the two now form a contiguous conurbation, and Bannockburn was latterly incorporated into the city (then ) of Stirling. The 2001 census population for the area covered by Bannockburn Community Council [http://www.ecommunitycouncil.org.uk/bannockburn/] was 7352.

The area contains most necessary amenities, including a library, bank and local shops. It is served by Bannockburn Primary School, in the centre of the community, and Bannockburn High School in nearby Broomridge. Several new private housing schemes have been built in and around Bannockburn since the 1990s, increasing pressure on the already-overcrowded high school. As a result of this, Bannockburn High School has, in 2007 and 2008, been extended to provide additional capacity.

Bannockburn used to have a railway station located next to the site of the bus depot however this was closed down. Residents wishing to use the train must travel into the centre of Stirling. Bannockburn is served by the 38, 51, 52, 55 and 56 bus services.