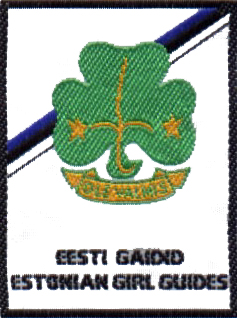 Eesti Gaidide Liit (EGL, "Estonian Guides Association") is the national Guiding organization of . In 1993 it was readmitted as a member of (WAGGGS).

It was banned in 1940 after the Soviet occupation of Estonia. The organization "" was established in the autumn of 1949, and a change of statutes and name occurred in 1960.

The is "Ole Valmis", translated as "Be Prepared" in Estonian. The Estonian noun for a single Guide is "gaid".

The Girl Guide emblem is set upon a banner of the .