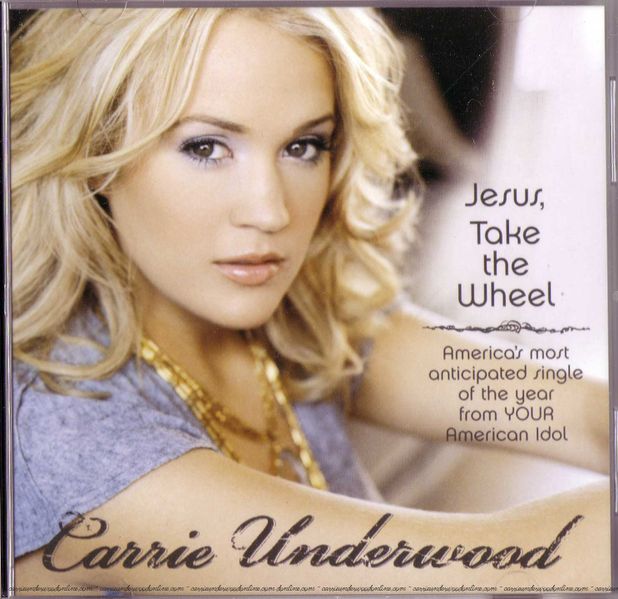 "Jesus, Take the Wheel" was certified Platinum by the in April 2006.

The song debuted at No. 39 on the "Billboard" chart, and eventually spent six weeks as No. 1. That ties Underwood with several other female artists — including , and — as runners-up for the longest-running No. 1 song by a solo female artist; the record is held by (1964's "").

It proved to be a , eventually making it to number twenty on the chart and selling around 1.171 million .

During the fifth season of "American Idol", Carrie Underwood went back to the show to perform the song.

Proving the song's success, at the 41st Annual Academy of Country Music Awards, "Jesus, Take the Wheel" was named Single of the Year.

On April 17, 2007, American Idol season 6 contestant performed this song during the "Country" theme week, but received poor reviews from the judges. This marked the second time an American Idol winner's song was covered on the show with the first being Lisa Tucker on season 5 covering 's "Because of You".

On August, 2008, "Jesus, Take the Wheel" was reported to have been sold more than 1 million ringtones and was certified Platinum, making Carrie the first country artist ever to have two songs hit Platinum Mastertone status. [http://www.americanidol.com/news/view/?pid=1398]

The for it was originally slated for release on , but was delayed and made available at a later date on Launch.

The song tells the story of a young mother who lives a hectic life. On her late-night drive on a snow-covered road in , the woman begins sorting out her emotions and bemoans not having enough time to do the things that really matter. Then, her car hits a patch of , causing the woman to lose control of her car. She panics, takes her hands off the steering wheel and cries out to Jesus; shortly thereafter, the car stops spinning and safely stops on the shoulder. After taking stock of the situation (and seeing that her baby has remained fast asleep in the rear seat), the woman decides to let "Jesus take the Wheel" of her life.