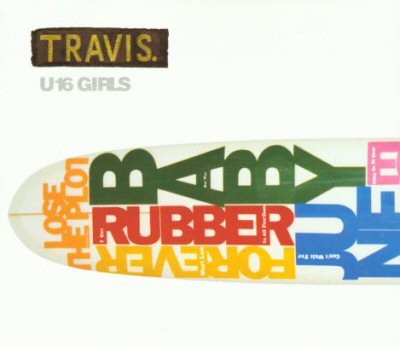 "U16 Girls" is a single from Travis' debut album, "". The song is a tongue in cheek warning about the dangers of getting into a relationship with a girl who, despite looking much older, is under 16 years old (the legal in Travis' native ) hence the name "U16 Girls" meaning Under 16 Girls.

The single's artwork depicts a surfboard which was designed by ex- guitarist . The surfboard, which is decorated with lyrics from songs, also appears on the cover of the album "Good Feeling".