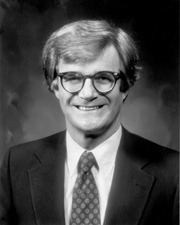 Boschwitz was elected as an Independent-Republican to the United States Senate in November 1978 and was subsequently appointed on , , to fill the vacancy caused by the resignation of . Boschwitz is well-known in Minnesota for operating a "Flavored Milk" booth at the .

After his defeat in 1990 by Wellstone, Boschwitz ran against Wellstone again in 1996 but failed to regain his seat.

In 1991 he traveled to as the emissary of President . The negotiations led by Boschwitz while in Ethopia resulted in . That is, the Ethiopian Government released 14,325 Jewish people to the Israeli government, and into freedom, by a massive airlift. Operation Solomon took twice as many Beta Israel émigrés to Israel as and combined. Fact|date=February 2007

In 2005, President George W. Bush named Boschwitz as the Ambassador to the United Nations Commission on Human Rights. The Commission meets at the U.N. in .

He presently serves on the Board of Directors of the , is an AIPAC Board Member, and is a member of the .

* [http://www.mnhs.org/library/findaids/00013.html Rudy Boschwitz: An Inventory of His Papers at the Minnesota Historical Society]