Austria in the Eurovision Song Contest

Austria in the Eurovision Song Contest 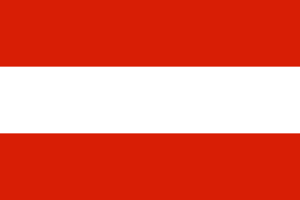 Austria has appeared frequently at the Eurovision Song Contest, although without much success. The country has won on one occasion with the song "". [citeweb|url=http://www.diggiloo.net/?1966at|title=1968 Austria|author=Diggiloo Thrush|accessdate=2006-12-10]

In recent years, Austria's entries have tended towards the humorous, in contrast with the dance-pop achieving success. 2003 saw comedian and personality perform "", a song about farm animals. [citeweb|url=http://www.diggiloo.net/?2003at|title=2003 Austria|author=Diggiloo Thrush|accessdate=2006-12-10] 2005 saw a performance by folk band singing the Latin-inspired "". [citeweb|url=http://www.diggiloo.net/?2005at|title=2005 Austria|author=Diggiloo Thrush|accessdate=2006-12-10] This was Austria's first appearance in the semi-final, and the country failed to qualify for the final.

Austria selects their entry during the annual "Song.XX Festival" (where XX is the last two digits of the year - eg. 'song.null.fünf' in 2005)

Austria has opted out of participation in several Contests. The first of these was the 1969 Contest, which was staged in . As was ruled at that time by , Austria chose to boycott the Contest. Contest historian points out, however, that Austria had given Spain two points in the previous event and since Spain only won by one point, the political protest was perhaps disingenuous.

The following year, Austria was again absent. This was due to the unprecedented result in 1969 in which four songs tied for first place, a result which prompted several other countries to opt out as well.

From 1973 to 1975, Austria stayed away as well. The exact reason for this is unclear, however the scoring system in use at one of these Contests - allowing all entrants a guaranteed number of points - may have been a factor.

The country was ineligible to compete in 1998 and 2001, as it had not achieved sufficiently high placings in the five previous years.

Prior to the 2006 contest, Austria announced that they would not enter a performer in protest at their poor results in previous years, arguing that the musical talent of the performers was no longer the determining factor in Contest success. [citeweb|url=http://esctoday.com/news/read/4715|title=Austria withdraws from 2006 Eurovision Song Contest|author=Philips, Roel|date=June 18, 2005|accessdate=2006-12-10] [citeweb|url=http://esctoday.com/news/read/4717|title=Austrian Broadcaster explains withdrawal|author=Philips, Roel|date=June 20, 2005|accessdate=2006-12-12] They returned for the 2007 contest in Helsinki, but came second to last in the semi-final. National broadcaster ORF cited the 2007 result, as well as declining interest in the Contest among Austrian viewers, as the reason Austria will not return to the contest in 2008. ORF programme director Wolfgang Lorenz also hinted that Austria may withdraw from the contest indefinitely, stating "ORF has no desire to send more talent out of Austria to a competition where they have no chances...Should the situation change, we'll be happy to take part again." [citeweb|url=http://www.esctoday.com/news/read/9678|title=Austria will not go to Belgrade|author=Holyer, Steve|date=20 November, 2007|accessdate=2007-20-11] Despite withdrawing, the final of the 2008 contest was screened on ORF. This would give Austria the option of returning to the contest in 2009. [citeweb|url=http://www.esctoday.com/news/read/10010|title=ORF likely to broadcast Eurovision Song Contest 2008|author=Klier, Marcus|date=2 Jan, 2008|accessdate=2008-03-01]

However, Edgar Böhm, director of entertainment for ORF, has said that the current semi-final format "still incorporates a mix of countries who will be politically favoured in the voting process" and "that, unless a clear guideline as to how the semifinals are organised is made by the EBU, Austria will not be taking part in Moscow 2009."." [cite web |url=http://www.oikotimes.com/v2/index.php?file=articles&id=3847 |title=Austria to not be in Moscow 2009? |publisher="Oikotimes" |author=Solloso, Jaime |accessdate=2008-07-23] [cite web |url=http://www.esctoday.com/news/read/12055 |title=Austria: ORF will decide in the Autumn |publisher="ESCToday" |author=Kuipers, Michael |date=2008-06-03 |accessdate=2008-06-03] ORF decided not to participate at the 2009 contest, but will broadcast the final as with in 2008, opening the way to a 2010 participation. [cite web|url=http://www.esctoday.com/news/read/12304|title=Austria: No return to Eurovision in 2009|last=Klier|first=Marcus |date=2008-09-18|publisher="ESCToday"|accessdate=2008-09-18]

NOTE: The totals in the above tables include only points awarded in Eurovision finals, and not the semi-finals since 2004.

For the 2008 contest the commentator for the ORF Austria broadcast was . [citeweb|url=http://kundendienst.orf.at/programm/fernsehen/orf1/sc.html|title=Der "Eurovision Song Contest" am 24. Mai live aus Belgrad|publisher=kundendienst.orf.at|accessdate=2008-05-27]