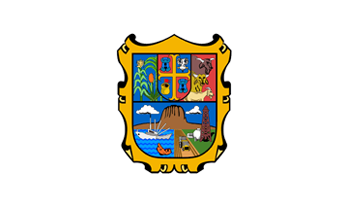 Tamaulipas is one of the 31 states of , it is located in the northeast.

Tamaulipas borders on the states of to the south, to the southwest, and to the west. To the east Tamaulipas fronts the ; to the north Tamaulipas stands on the U.S.-Mexico border, adjacent to the of . According to the 2006 census, Tamaulipas had a population of some 3,024,238 people.

Northern Tamaulipas shares its culture with that of , and is primarily characterized by agriculture and strong growth in all industrial sectors. This region is home to many of the , factories owned by foreign companies but worked primarily by Mexicans.

Southern Tamaulipas' economy is based primarily on the petro-chemical industries. There are petro-chemical production plants around Altamira as well as a principal Gulf coast container port, refinery facilities in and many oil-industry support service companies in Tampico, as well as a major loose-cargo port. Also of importance are the tourism and fishing industries, as well as much commercial shipping, based in Tampico and Altamira. The little village of La Pesca, in the municipality of Soto La Marina, about midway between Brownsville, Texas and Tampico, is a rapidly growing tourist area with lovely beaches and excellent fishing both in the Gulf of Mexico and the Rio Soto La Marina. The central zone contains the capital, , and is home to much foresting and farming, as well as some industrial development. About 30% of the population lives here, both in the capital and in . Ciudad Victoria is a significant educational center, home to the Autonomous University of Tamaulipas (which also has campuses in other cities in the state), the Regional Technical Institute of Ciudad Victoria, the University of Valle de Bravo, and other institutions of learning.

The name of the state is derived from Tamaholipa, a Huastec term in which the "tam-" prefix signifies "place where." As yet, there is no scholarly agreement on the meaning of "holipa", but "high hills" is a common interpretation. (However, a native population of Tamaulipas, now extinct, was referred to as the "Olives" during the early colonial period, which is a likely Spanish transformation on "holipa".)

The area currently known as Tamaulipas has been inhabited for at least 8000 years. Several different cultures (north coastal, south coastal, lowlands, and mountains) existed during that period.

Although conquered the s rather quickly, it took a gradual process for Spain to subjugate the inhabitants of Tamaulipas in the 16th and 17th centuries. The first permanent Spanish settlement in the area was Tampico in 1554. More work along these lines was done by missionaries, although repeated indigenous rebellions kept the area unstable. What is now Tamaulipas was first incorporated as a separate province of in 1746 with the name . The local government capital during this time moved from Santander to San Carlos, and finally to Aguayo.

After Mexico's independence from , Tamaulipas continued to be an unstable region. The fight in the national government between federalist and centralist factions resulted in repeated rebellions. In January 1854, Tamaulipas was declared a state of the union during the civil war between Santa Anna and the liberal guerrilla factions that had been in power before him. Its capital was kept at Aguayo, which would later be renamed Ciudad Victoria.

It briefly became a part of the .

The French occupation and reign of Emperor Maximilian during the 1860s was difficult for Tamaulipas, at least on the borders and in the city of Tampico. Portions of Tamaulipas supported the guerrilla fighters resisting the French, especially in the north. It was not until two years after French occupation began that Tamaulipas as a state finally acceded to Maximilian's rule, and it was not until 1866 that the last French soldiers left the state, leading up to Maximilian's execution in 1867.

However, the years after Maximilian's defeat were ones of rebuilding and great growth in Tamaulipas. International trade began to blossom, especially with the coming of the railroad to Tampico, which was developing as not only a port city, but an industrial and commercial center as well. The railroad allowed goods to flow quickly from the mines and cities of the interior and the Texas border to Tampico for processing and shipment. This in turn caused significant growth in towns such as Matamoros and Nuevo Laredo.

Since the revolution of 1910, successive governments have dedicated themselves to building industry and infrastructure in Tamaulipas, including communications and educational systems. Norberto Treviño Zapata founded the state university system as well as reformed the state oil industry. Marte Gómez provided increased farm sizes for private family farmers. And more recently, Emilio Martínez Manautou led industrial growth. Lately a push has been to strengthen fishing, including efforts to increase the price of fish and shellfish on the international market.

The state is subdivided into 43 "municipios". See .

The Largest Cities and Projects