One on One (album)

One on One (album) 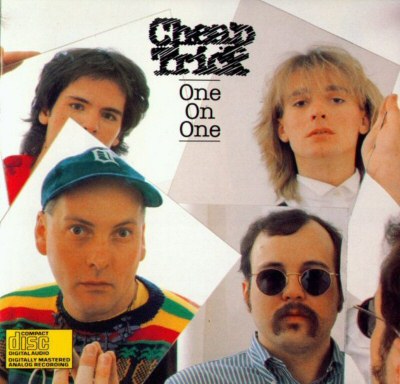 "One on One" was 's sixth studio album and seventh release in general. Produced by , it was released in 1982 (see ) and was the first Cheap Trick album to feature new bassist .

Nearly two years after their last LP"All Shook Up", Cheap Trick released an album full of brash, simple rockers. After original bassist left the group in , he was replaced by . Comita left the group in the early recording stages of One On One and was replaced by Jon Brant. Though this was the first album to feature Brant, most of it was recorded without him. Guitarist played bass on all but three tracks, [Saturday At Midnight, If You Want My Love, She's Tight] . Brant's face is partially obscured on the front cover. The song "If You Want My Love" is one of Rick's favorite songs he has recorded with the group.

The album yielded three singles: "If You Want My Love", "She's Tight" and "Saturday At Midnight."

There were promotional videos made for "She's Tight" and "If You Want My Love." Both received heavy rotation on .