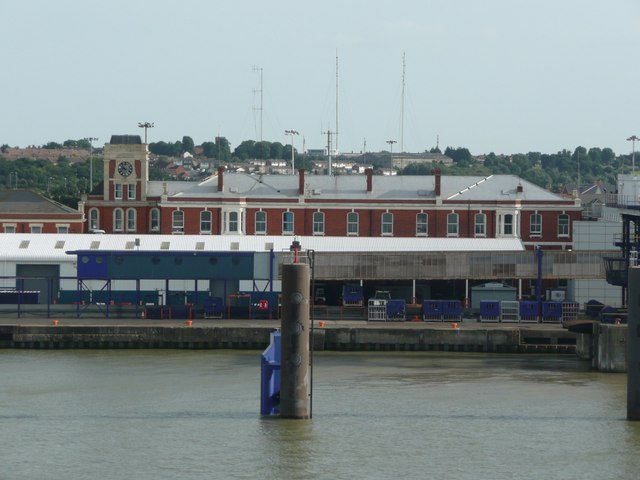 The port and station owe their origins to the which opened them on a new track alignment built over reclaimed land in and named them after its chairman, C.H. Parkes. The original combined station building and hotel is still in existence although its hotel functions have been taken over as offices and as part of the port terminal. [cite book|author=Kay, Peter|title=Essex Railway Heritage|publisher=Peter Kay|location=Wivenhoe|year=2006|isbn=978-1-899890-40-8]