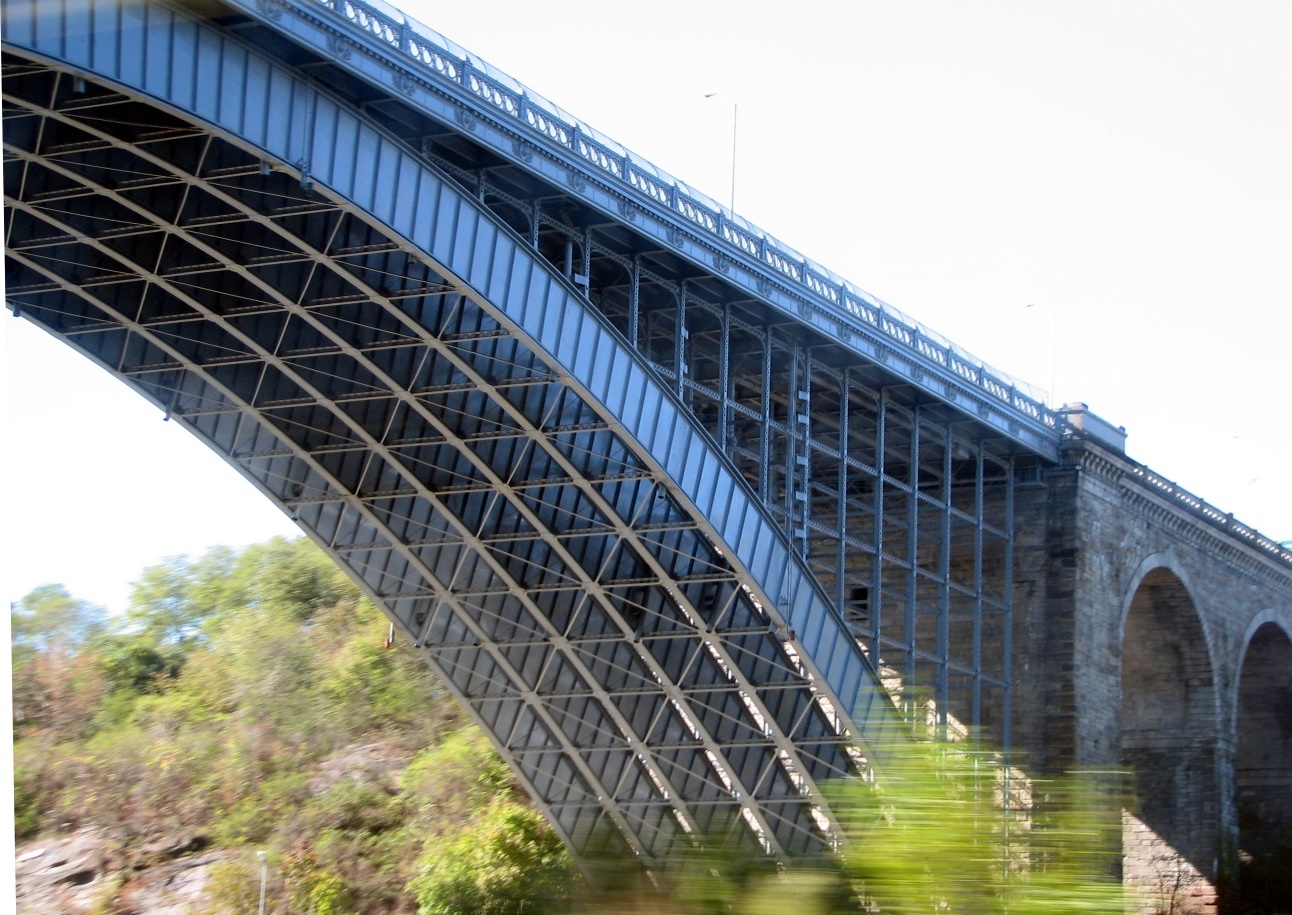 The Washington Bridge carries six lanes of traffic (plus sidewalks on both sides) over the in between the boroughs of and , connecting 181st Street and Amsterdam Avenue in the Washington Heights section of Manhattan to University Avenue in the Bronx. Ramps at either end of the bridge connect to the and the . The bridge is operated and maintained by the . It once carried U.S. Route 1, which now travels over the .

The total length of the bridge, including approaches, is convert|2375|ft|m. The parallel main spans of the steel arch bridge stretch convert|510|ft|m over the Harlem River, providing convert|134|ft|m of vertical clearance and convert|354|ft|m of horizontal clearance. The tidal maximum (mean higher high water) is convert|4.9|ft|m|abbr=on and extreme low water is -3.5 compared to mean lower low water.This two-hinged arch bridge was designed by William R. Hutton and , based on a design submitted by C. C. Schneider that was pared down to bring the bridge's cost to $3 million. The bridge features steel-arch construction with two 510-foot-long main spans and masonry approaches. The Washington Bridge opened to pedestrian traffic on , . The plan had been to open the bridge to vehicular traffic on , &mdash; and the centennial anniversary of the first Presidency &mdash; but the full opening was delayed until December 1889.

After completion of the in 1931, traffic off the Bridge into the Bronx traveled over the Washington Bridge. Starting in the 1940s, ramps were built to connect the western end of the bridge to the 178th Street and 179th Street Tunnels leading to the George Washington Bridge. This allowed traffic to and from New Jersey to bypass the congested local streets of upper Manhattan.