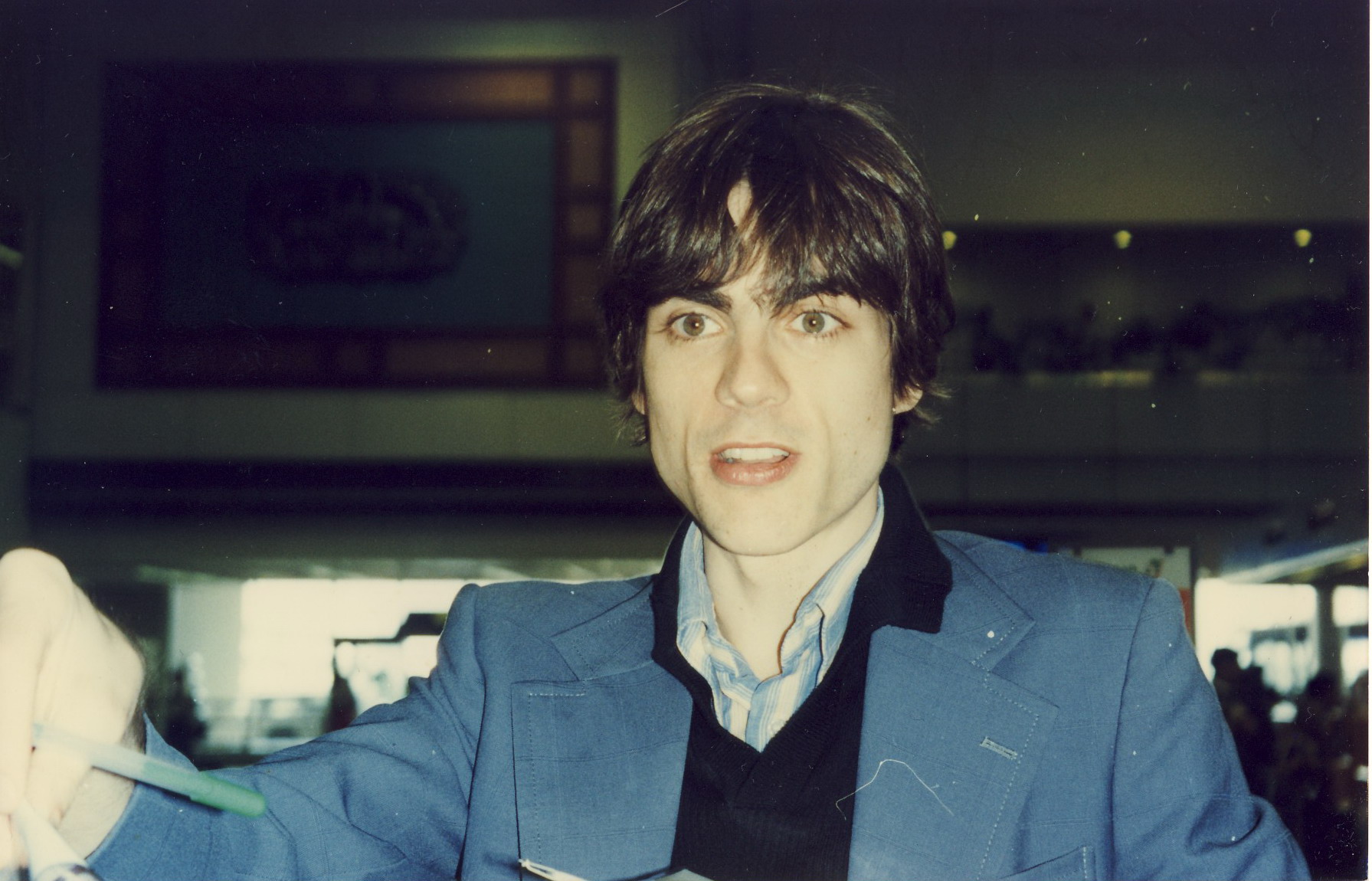 Birth_name =
Born = Birth date and age|1968|12|9|mf=y
Origin = ,
Genre = Rock
Occupation =
Instrument = drums Vocals
Label =
Associated_acts = Brian Bell, (born , Iowa City, ) is best known as being a member of the American rock band , playing and . Bell also has his own band, the , as well as a new project called .

Brian Bell was born in Iowa City, to parents Tom Bell, a geography professor at the and Linda Menasco, an assistant principal.

After completing high school at in 1986, Bell decided not to pursue feeling it would be a "waste of money."

Bell then joined in 1993 during the recording of "The Blue Album", replacing . Since then he has remained a member of Weezer. Besides doing back-up vocals and playing , Bell takes on many of the multi-instrumental duties during Weezer's live shows. When songs call for the use of a keyboard or , Bell often plays them.

Although all songwriting credits on Weezer's 2005 album "" are credited to , Bell wrote the intro to "" and the dueling guitars in the solo of "This is Such a Pity."

In 2005 during live appearances with the band Brian sung lead vocals on "Why Bother?", "Getchoo" and "". In 2008 during the band's Hootenanny Tour he began taking lead vocals on "." He continued singing "El Scorcho" and sang "Suzanne" as well on the band's Troublemaker Tour in 2008.

Throughout the years Bell fronted his own band, , who have had various incarnations since 1993. They have released three EPs and an LP, "The End of Imagining", in 2003. Yet in 2006, Bell stated that he was "not presently pursuing" projects with The Space Twins.

Bell is currently recording for a side project he is calling . [cite web | last = | first = | url = http://www.myspace.com/therelationship | title = The Relationship | format = | work = | publisher = | accessdate = 2007-10-10] The recording is taking place at and Padre Terrace in and is being produced by Weezer engineer . mentioned in a recent interview that he will appear with Bell on The Relationship's debut record.

Bell and Weezer drummer Patrick Wilson, collaborated on a cover of the song "Heroin", for the 2006 "".

Bell has also expressed an interest in the works of . During the band's downtime in 2003 and 2004, Bell and his ex-girlfriend Peggy Nunez studied Shakespeare and theory at collegiate level. They also appeared in a production of "", in which Bell wrote four songs, all using Shakespeare's words.

Recently, Bell has appeared in one-off performances on guitar with other bands. Playing on at The Troubador in L.A. with Weezer tour-mates ,

It was recently announced that Bell will make his producing debut on the next album [ [http://www.suntimes.com/entertainment/music/poprock/746111,WKP-News-sound18.article Chicago Sun-Times] ] .Citation broken|date=April 2008

In 2006, Bell made his on-screen debut, playing in the , "." Fellow bandmate Patrick Wilson also appeared as , another member of the

With The Space Twins