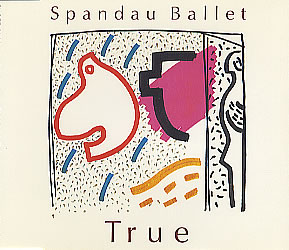 "True" is the title track from 's 1983 album "True". It was composed by group leader , and is a six-minute (in its original album version) slow ballad-like love song that in part pays tribute to the late artist and the sound he helped to establish. The song was recorded before Gaye's murder a year later.

The song was a huge worldwide hit, peaking at #1 in the for four weeks and charting highly in 20 other countries. It was their biggest and most remembered song in the US, reaching #4 on the chart in 1983 and topping the adult contemporary chart for one week. The group has been forever branded as s there as a result, despite having had several hits in other markets.

In 1985, the band performed the then two-year old song during . A new mix by Tony Swain and was released in 2002 on the compilation album "Reformation".

Versions of "True" have featured in: