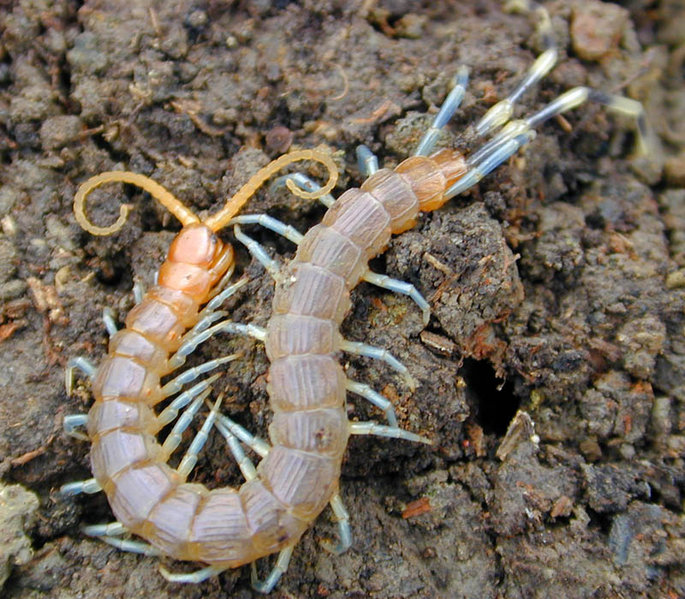 The group is also supported by morphological characters, and can be considered as including all animals that shed their (see ). Groups corresponding roughly to the Ecdysozoa had been proposed previously by Perrier in 1897 and Seurat in 1920 based on morphology alone.

The group has been contested by a significant minority of biologists. Some have argued for groupings based on more traditional taxonomic techniques,

The most notable characteristic shared by ecdysozoans is a three-layered composed of organic material, which is periodically molted as the animal grows. This process of molting is called and gives the group its name. The Ecdysozoans lack locomotory , produce mostly sperm, and their s do not undergo as in most other protostomes. Various other features are found in the group, for instance, both tardigrades, pycnogonids and roundworms have a triradiate .

The Ecdysozoa include the following phyla: , , , , , , and . A few other groups, such as the s, have been considered possible members but lack the main characters of the group, and are now placed elsewhere. The Arthropoda, Onychophora and Tardigrada have been grouped together as the because they are distinguished by segmented body plans. [ [http://www.palaeos.com/Invertebrates/Arthropods/Panarthropoda.html Paleos Invertebrates: Panarthropoda] - URL retrieved , ] Dunn "et al" in 2008 suggested that the tardigrada could be grouped along with the nematodes, leaving Onychophora as the sister group to the arthropods.

The non-panarthropod members of Ecdysozoa have been grouped as Cycloneuralia but they are more usually considered paraphyletic.

The grouping proposed by Aguinaldo "et al." is not universally accepted. Some zoologists still hold to the original view that should be classified with in a group called the , and that Ecdysozoa are . The highly derived roundworms, with their many highly derived and a considerable number of ies continue to pose problems, and are one of the most contested inclusions of grouping.
# Cuticular are widely spread over diverse phyla of invertebrates (including some groups outside Ecdysozoa, such as and , where it acts as a skin instead of an exoskeleton) and show a considerable degree of variation. They are believed to have evolved independently, at least in some groups. In Nematoda and Panarthropoda, the cuticle is different in both chemical composition and ultrastructure. While the cuticle in arthropods like insects contains , or can be a combination of both chitin and in crustaceans, chitin has never been found in the complex cuticle of Nematoda which is a fibrous and multilayered structure made of and keratin of types unique to the Nematoda.Fact|date=May 2008
# Molecular evidence for the monophyly of Ecdysozoa is also ambiguous. [cite journal|last=Wägele|first=J. W. |coauthors=B. Misof|year=2001|doi=10.1046/j.1439-0469.2001.00177.x |title=On quality of evidence in phylogeny reconstruction: a reply to Zrzavý's defence of the 'Ecdysozoa' hypothesis|journal=J. Zool. Syst. Evol. Research|volume=39|issue=3|pages=165–176]