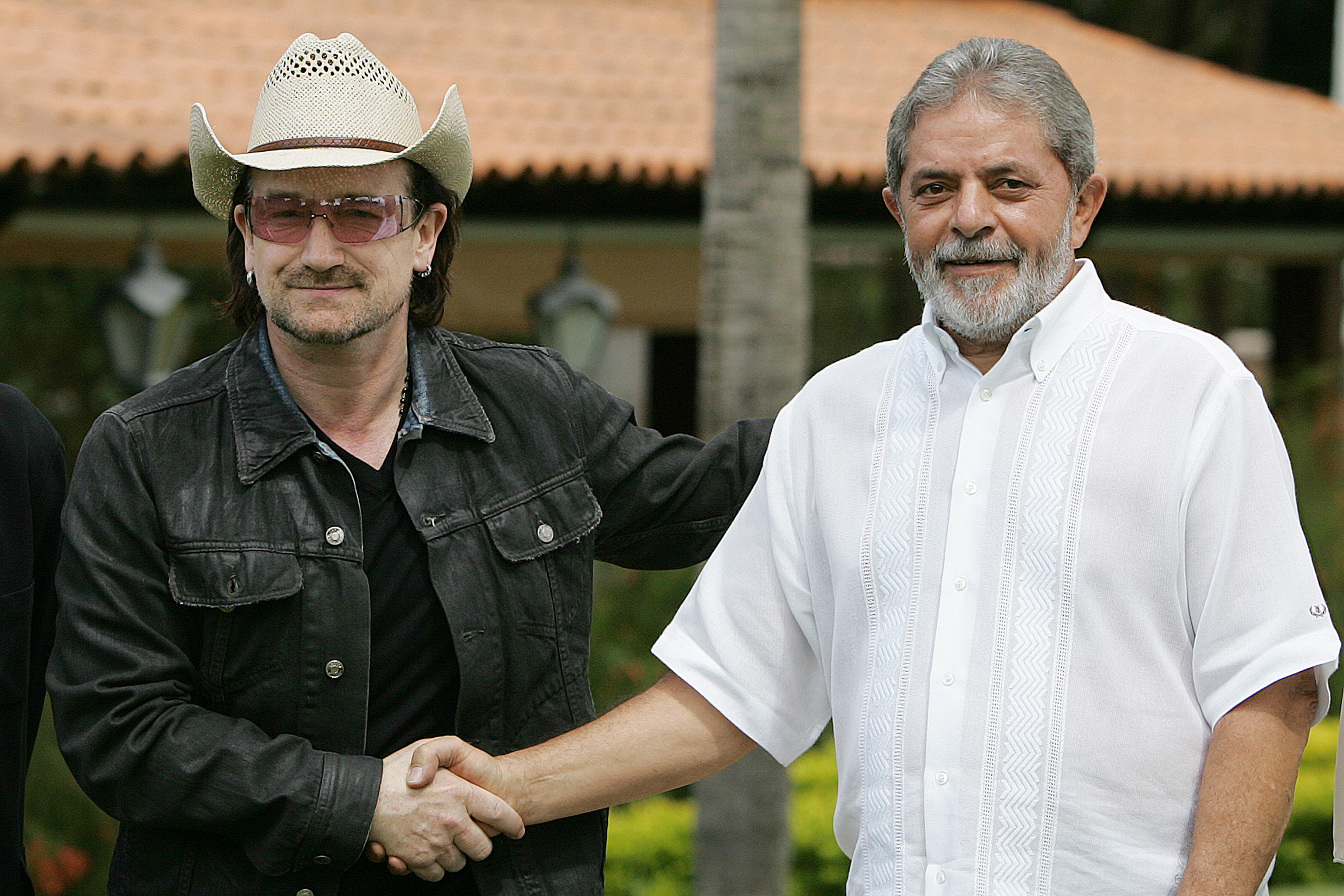 thumb| meets ian President . He donated a guitar to the Fome Zero program.] Fome Zero (Portuguese for "Zero Hunger") is a ian government program introduced by the president in with the objective to eradicate and in Brazil. According to the program's website, 44 million people in Brazil are threatened by hunger.

Contents of the program

The program is co-ordinated by the Ministério do Desenvolvimento Social e Combate à Fome (or Ministry of Social Development and Fight against Hunger) and consists in a government strategy to guarantee the right of access to basic food. The program ranges from giving direct financial aid to the poorest families; to many diverse areas, such as creating in Brazil's semi-arid climate, creating popular restaurants with low prices, educating about healthy eating habits, distributing vitamins and iron suplements, supporting ing, giving access to credit by , and a few other programs.

"Fome Zero" is the biggest initiative from the Brazilian government to combat hunger in the history of the country, but similar assistance programs have been implemented by previous governments.

Fome Zero is considered by the opposition (mostly the PSDB and PFL parties) as a failure, due to the government's inability to manage the program. Murilo Zauith, a PFL federal deputy, in March 2005, said the program was faulty, citing the death of several indigenous children due to malnutrition in the city of Dourados, , as an example. However, Humberto Costa, the Minister of Health at the time, considered the death count average and not alarming.