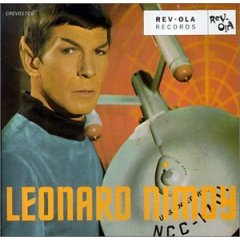 "Highly Illogical" is an album which contains a collection of songs performed by well-known actor . Most of the songs were originally recorded in the 1960s. The collection includes "", which tells the story of 's book , and has been immortalized by being included on various novelty compilations over the years.