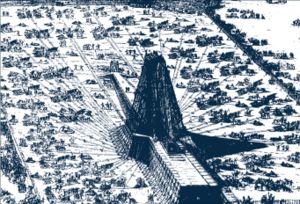 The city of Rome harbours the most obelisks in the world. There are eight ancient Egyptian and five ancient Roman obelisks in Rome, together with a number of more modern obelisks; there was also formerly (until 2005) an ancient Ethiopian obelisk in Rome.

For transport down the Nile to Alexandria and from there across the Mediterranean Sea to the capital Rome, special heavy cargo carriers, the Obelisk ships, were used by the Romans. On site, large Roman cranes were employed to erect the monoliths.

At least eight obelisks created in antiquity by the Egyptians were taken from Egypt after the Roman conquest and brought to Rome.

At least five obelisks were manufactured in Egypt in the Roman period at the request of the wealthy Romans, or made in Rome as copies of ancient Egyptian originals. 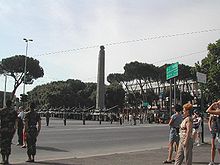 There was also an Ethiopian obelisk in Rome, the Obelisk of Axum, 24 m, placed in the Piazza di Porta Capena. It had been taken from Axum by the Italian Army during the Italian occupation of Ethiopia in 1937. It was struck by lightning in May 2002. After being restored, it was disassembled and returned to Ethiopia in April 2005. 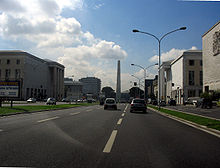 The Marconi obelisk, in the centre of the EUR district

There are five well-known modern obelisks in Rome:

Former locations of some obelisks