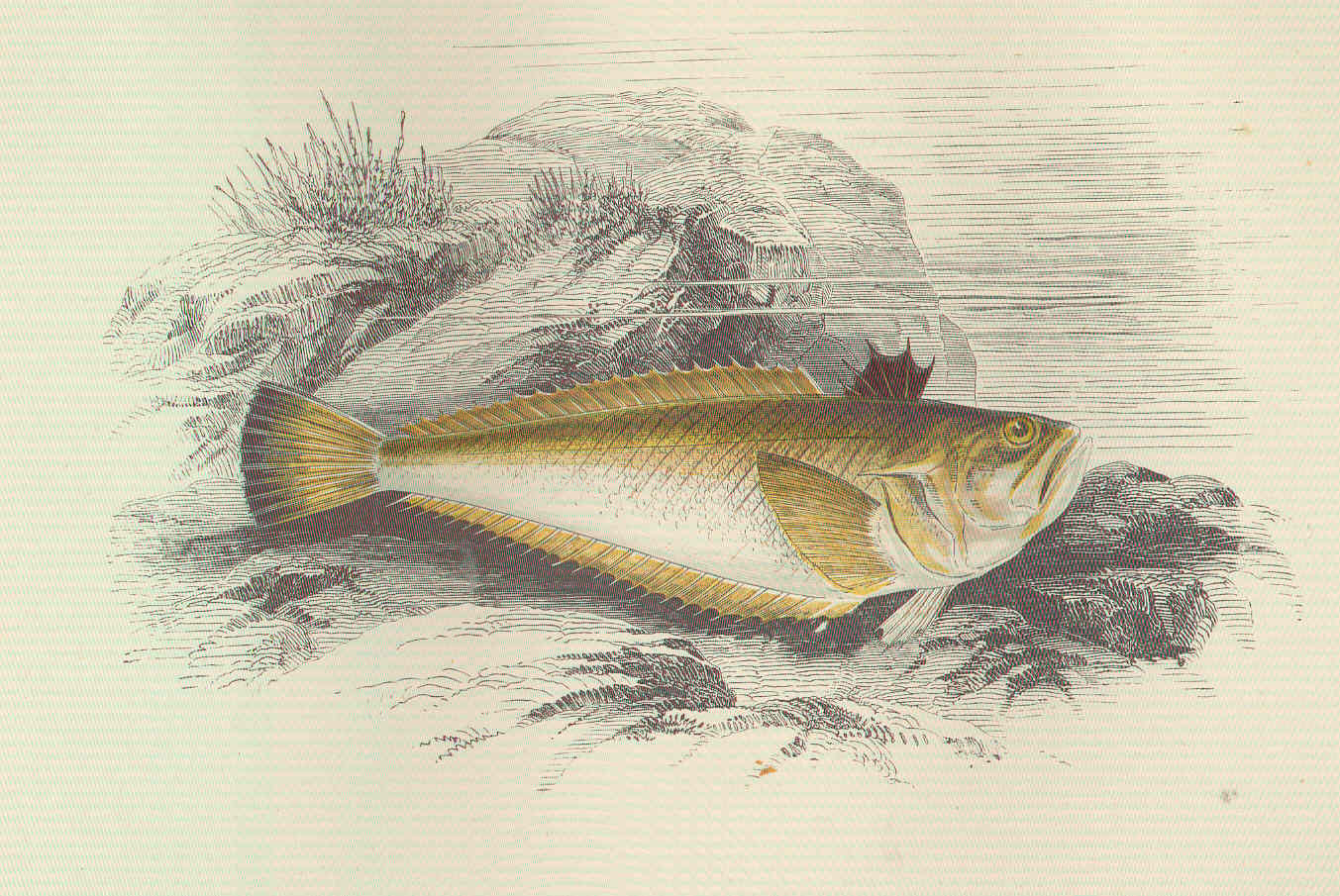 Weevers (or Weaverfish) are eight species of of family , order . They are long (up to 37 cm), mainly brown and have poisonous spines on their first and s. During the day, weevers bury themselves in sand, just showing their eyes, and snatch prey as it comes past, which consists of s and small fish. Weevers are unusual in not having a as do most es and as a result sink as soon as they stop actively swimming.

This fish is used in the recipe of the .

Weevers are sometimes erroneously called 'weaver fish', although the word is unrelated. In fact, the word 'weever' is believed to derive from the word 'wivre', meaning or , from the Latin 'a'. [ [http://www.yourdictionary.com/ahd/w/w0080800.html The American Heritage ® Dictionary of the English Language, Fourth Edition] ] It is sometimes also known as the viperfish, although it is not related to the proper.

In , sand perches of the family Mugiloididae are known as weevers.

There are nine species in two genera:

Most human stings are inflicted by the lesser weever which habitually remains buried in sandy areas of shallow water and is thus more likely to come into contact with bathers than other species (such as the greater weever, which prefers deeper water), stings from other species are generally limited to anglers and commercial fishermen. Even very shallow water (sometimes little more than damp sand) may harbour lesser weevers. The vast majority of injuries occur to the foot and are the result of stepping on buried fish, other common sites of injury are the hands and buttocks.

Stings are most common in the hours before and after low (especially at springs) so one possible precaution is to avoid bathing or paddling at these times. They also increase in frequency during the summer (to a maximum in August) but this is probably the result of the greater number of bathers.

The lesser weever can be found from the southern to the Mediterranean and is common around the south coast of the United Kingdom & Ireland, the coast of and , and the northern coast of the Mediterranean. The high number of bathers found on popular beaches in these areas means that stings are common although individual chances of being stung are low. The "" stated (on ) that around 40 weever stings are recorded in the and Gower area every year [ [http://www.thisissouthwales.co.uk/ this is swansea - news, entertainment, jobs, homes and cars ] ] however many victims will not seek medical assistance and go uncounted.

Weever stings have been known to penetrate boots even through a sole (if thin) and it is recommended that bathers and surfers wear sandals, "" or wetsuit boots with a relatively hard sole and avoid sitting or "rolling" in the shallows.

The first and most obvious symptom is what feels like a sharp stone, although this does not hurt, the pain occurs about 2-3 minutes after being stung.The pain from weever stings has been described as so severe that sailors stung by the fish would cut off their stung fingers or hands in a desperate attempt to relieve the pain,Fact|date=February 2007 this is however highly unlikely. s on the south coasts of and deal with weever stings almost daily, and stings are often described as "extremely painful" causing throbbing pain and swelling in the effected area and "much worse than a (or ) sting" - some victims find the comparison to wasp or bee stings offensive.

The following symptoms may occur following a weever sting:

Although extremely unpleasant, weever stings are not generally dangerous and the pain will ease considerably within a few hours even if untreated. Complete recovery may take a week or more; in a few cases victims have reported swelling and/or stiffness persisting for months after envenomation.

treatment consists of immersing the affected area in hot water (as hot as the victim can bear) which will accelerate denaturation of the based . The use of hot water will reduce the pain felt by the victim after a few short minutes. Usual experience is that the pain then fades within ten to twenty minutes, as the water cools. often suggests the addition of substances to the hot water including , and s but this is of limited (if any) value. Heat should be applied for at least 15 minutes but, as a rule of thumb: the longer the delay (before heat is applied) the longer the treatment should be continued. Once the pain has eased the injury should be checked for the remains of broken spines and any found need to be removed. Over the counter s such as or may be of assistance in management of pain and can also reduce (Caution see Aspirin Warnings).

Medical advice should be sought if any of the symptoms listed above as Rare/Severe are observed, if swelling spreads beyond the immediate area of injury (e.g. from hand to arm), if symptoms persist or if any other factor causes concern. Medical treatment consists of symptom management, analgesia (often with s) and the same heat treatment as for first aid - more systemic treatment using s has been largely discredited.

Some severe cases of poisoning may be fatal. [Neven Milišić, Život Jadrana, 2001]

The only recorded death in the UK occurred in 1927, when a fisherman off suffered multiple stings. There is some suspicion that the victim may have died of other medical causes exacerbated by the stings. [ [http://www.glaucus.org.uk/weever2.htm Beware the Weever fish! ] ]

Jonathan Wickings died after being stung by an unknown sea creature off the coast of in 1998. This was reported as a possible weever sting [ [http://news.bbc.co.uk/1/hi/world/europe/164992.stm BBC News | Europe | Mystery bite kills Briton ] ] although he was not in contact with the seabed and some witnesses reported seeing a "snake" in the water. Other reports suggested that his death was the result of a fluke, whereby the venom was injected directly into a vein, causing immediate, body-wide dispersal. [http://www.no1chancerylane.com/141/text.nc?form_89.replyids=9&form_139.userid=15&form_139.replyids=22] dead link|date=September 2008