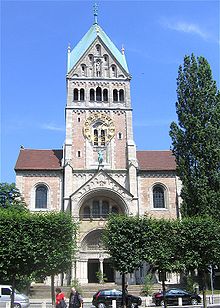 St. Anna is a Catholic parish church Lehel, Munich, southern Germany, built in 1887-1892 under design by Gabriel Seidl. It is the main parish church of Lehel, located in the center of the quarter.