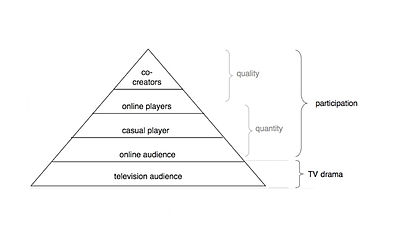 Drama 2.0 extends the content to all media and invites the audience not only to watch the drama, but actively participate online and in reality. It was first defined by Peter De Maegd and Eric Taelman throughout the development of the multi-platform series The Artists, commissioned by national broadcasters of Belgium (VRT) and Sweden (SVT).