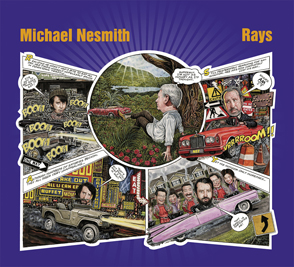 "Rays" is an album by , released in 2006. 2000 limited edition numbered copies were produced of the album. Nesmith described the album as a cinematic journey of sound with elements of swing, jazz and instrumental funk that forms what he calls "New Century Modern".