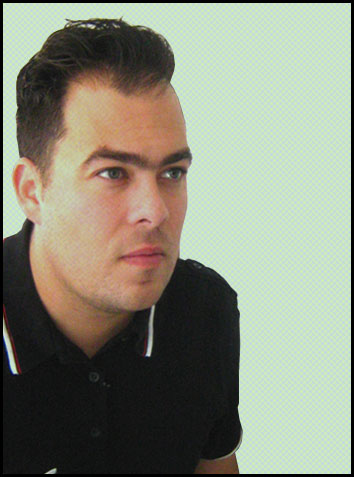 Maestro Nick Nicotine IV it’s the artistic name of Carlos Alexandre Ramos, a Portuguese musician, born near Barreiro in 1977. Two dates are pointed out as his birth date: August 22nd and August 16th, the latter being widely accepted as the right one.
Natural born piano player he soon quited the instrument on the account of being "too heavy to carry it to the beach" and started playing some guitar.

After playing drums in some high-school punk bands like and , Nick Nicotine started his career in 1996 recording the first demo tape, playing the drums, bass and guitar in it. In 1998 he grouped Los Santeros along with and . Also in that year he joined and avant-gard punk band called where he got to know and also got himself a new nick name: Nick Nicotine.
In 1999 he joined the Country-Punk band . The Sullens achieved minor success in the punk rock underground scene and disbanded in October 2001, the same year were formed.
During that time span (1999-2001) he formed with , the guitar player from and and .
In 2005 he created the , a rock and roll one-man-band where Nick plays the drums, guitar, organ and sings.2006 saw the birth of two projects: , a romantic duo with Nicotine on Piano and on vocals and , an hip-hop project.In 2008 he started a band destined to recover 50's and 60's rock and roll hits.

Nick is the promoter of Festival, an annual Garage Rock festival. The festival is going on since 2000.He's also the president of , a cultural association and record label.