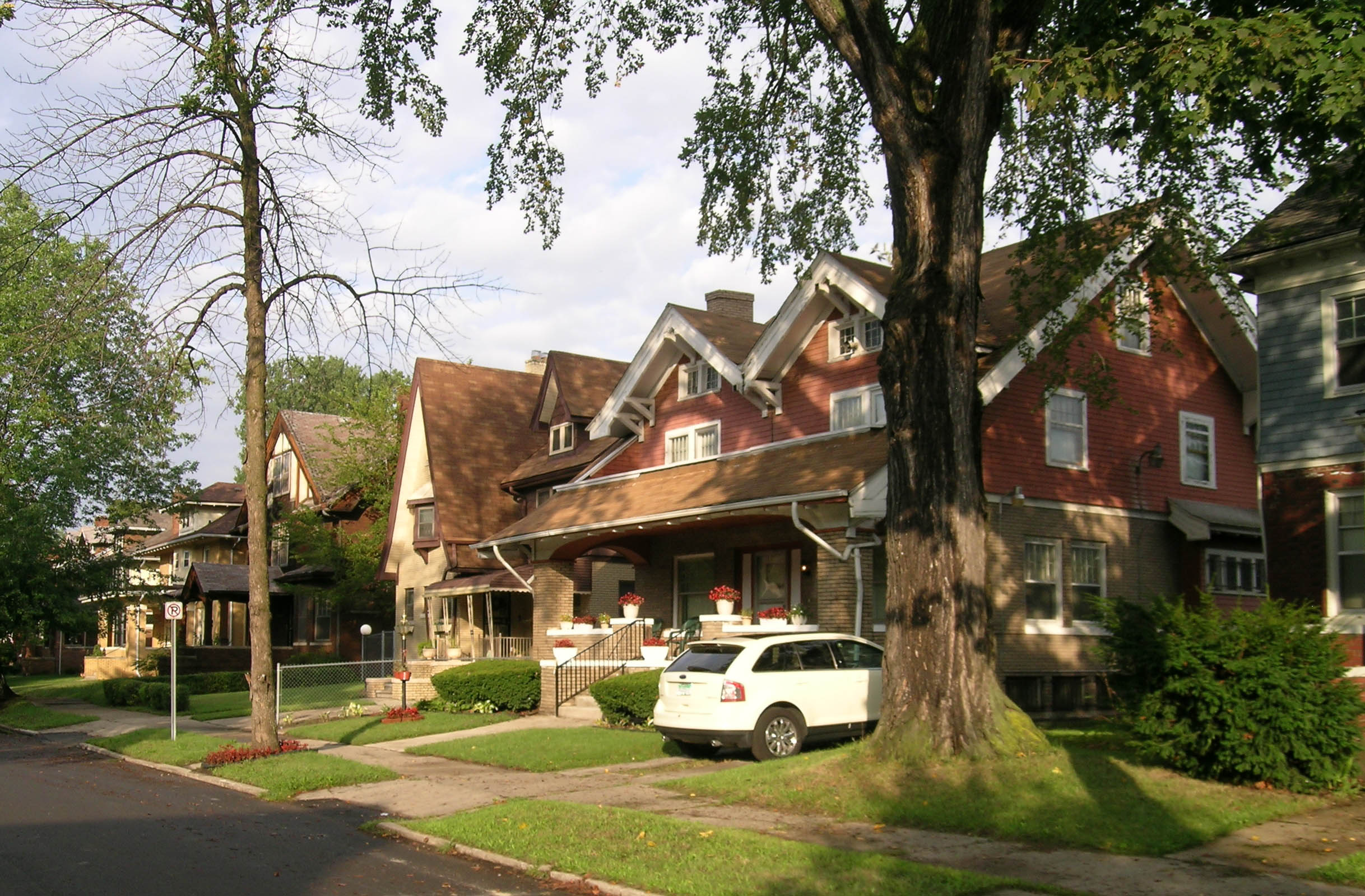 The structures in the neighborhood are primarily single-family homes built in the early twentieth-century.

The houses are fine representation of the variety of American residential architecture in the years 1900-1930. Styles represented include foursquares, s, and various revival styles. There are also 393 garages in the district, located along back alleys. Of these, 373 appear to have been constructed in the years of the area's initial development, and their presence and construction reflects the upwardly mobile, middle-class character of the neighborhood.