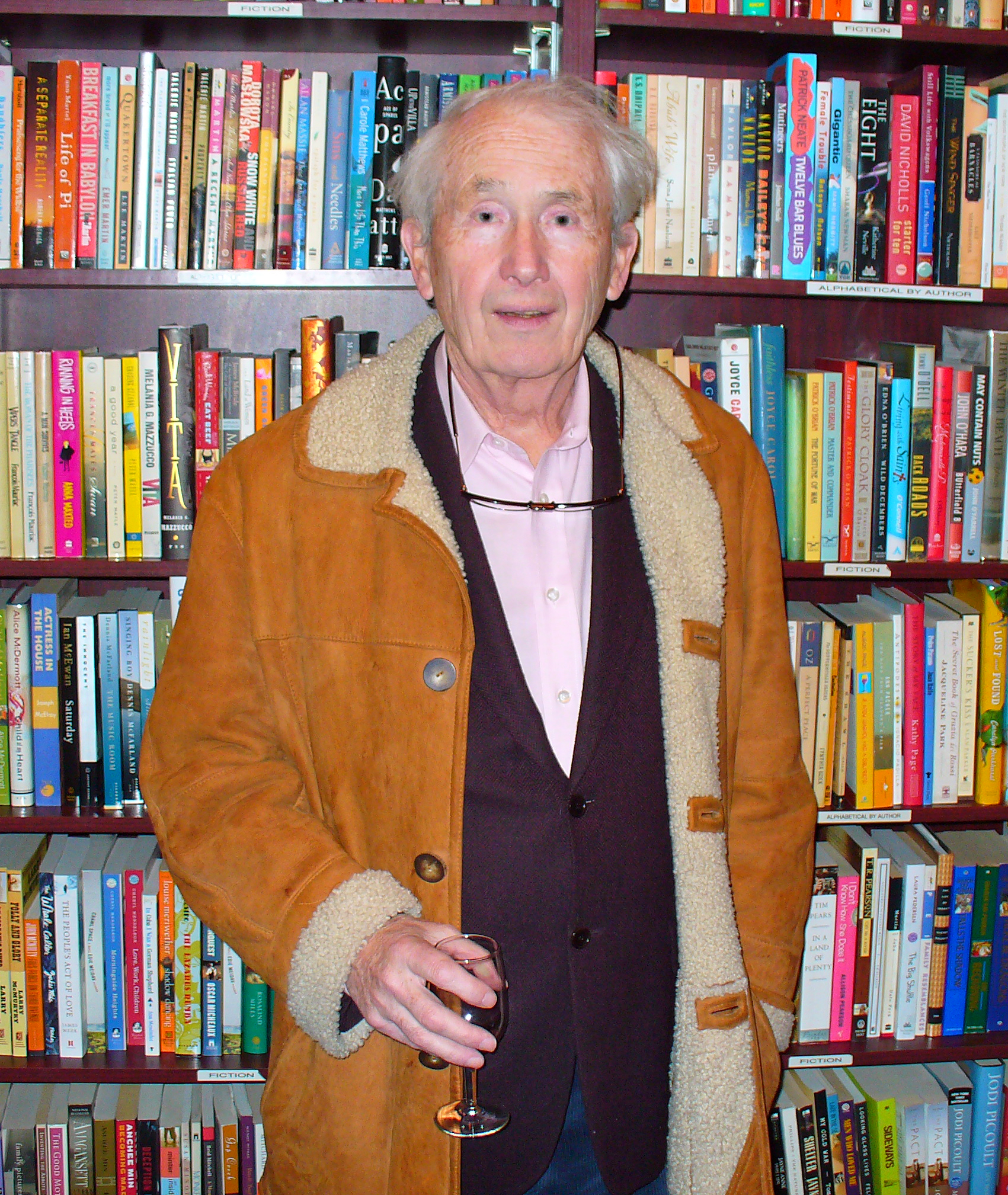 Francis "Frank" McCourt (born 19 August 1930) is an Irish-American and -winning author, best known as the author of "".

Frank McCourt was born, to Malachy & Angela McCourt, in . Unable to find work in the depths of the Depression, the McCourts returned to their native Ireland in 1934, where they sank deeper into poverty.

McCourt's father, an alcoholic, was often without work, and drank up what little money he earned. When McCourt was 11, his father abandoned the family leaving Frank's mother to raise four children. After quitting school at age 13, Frank alternated between odd jobs and petty crime in an effort to feed himself, his mother, and three surviving brothers, Malachy, Michael, and Alphonsus (Alphie). Three of the seven children died of diseases aggravated by malnutrition and the squalor of their surroundings. Frank McCourt himself nearly died of when he was ten. McCourt describes an entire block of houses sharing a single outhouse, ground floor dwellings flooded by constant rain, a home infested with rats and vermin.

At the age of 19, he returned to the United States where, after a stint working in New York City's Biltmore hotel, he was drafted and sent to Germany. Upon his discharge from the army, he returned to New York City where he held a series of jobs. Frustrated with his lot in life, he used the to enroll in , from which he ultimately graduated. After receiving a Masters degree from in 1958, he taught English at McKee High School and in New York City (where he joined the ). At first he had trouble teaching, because his students were unruly and disobedient. But eventually Frank McCourt became a very experienced teacher. He ended his teaching career after 30 years.

He received the (1997) and (1996) for his "" (1996), which details his childhood as a poor in . He is also the author of "" (1999), which continues the narrative of his life, picking up from the end of the previous book and focusing on life as a new immigrant in America. "" (2005), detailed the challenges of being a young, uncertain teacher who must impart knowledge to his students. His works are often part of the syllabus in . Ironically, Angela's Ashes is part of the current freshman composition curriculum at Stuyvesant High School. In 2002 he was awarded an honorary degree from the .

McCourt does not use in his writing, meaning readers must pay close attention to determine when someone else is speaking as opposed to the narrator himself.

Frank McCourt is a member of the and is a recipient of The International Center in New York's Award of Excellence.

His brother , a former radio host, is also an autobiographical writer. Together they created the stage play "A Couple of Blaguards", a two-man show about their lives and experiences.

Frank McCourt lives with his wife Ellen in New York City and Connecticut. He has a daughter, Maggie, with his first wife, and a granddaughter, Chiara.

* " said there are no second acts in American lives. I think I've proven him wrong. And all because I refused to settle for a one-act existence, the 30 years I taught English in various New York City high schools."
* "In school, if they told me write an essay of 150 words, I'd write 500 words."
* "I know the best deadly sin. And what do you think that is? Sloth, because that means laziness. And if you're not doing anything, you won't commit any of the other deadly sins."
* "I didn’t call myself anything. I was more than a teacher. And less. In the high school classroom you are a drill sergeant, a rabbi, a shoulder to cry on, a disciplinarian, a singer, a low level scholar, a clerk, a referee, a clown, a counselor, a dress-code enforcer, a conductor, an apologist, a philosopher, a collaborator, a tap dancer, a traffic cop, a priest, a mother-father-brother-sister-uncle-aunt, a bookkeeper, a critic, a psychologist, the last straw."
* "I was already dreaming of a school where teachers were guides and mentors, not taskmasters."
* "I'm teaching. Storytelling is teaching. Storytelling is a waste of time. I can't help it. I'm not good at lecturing."