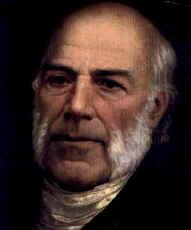 Barrande was born at , , and educated in the at . Although he had received the training of an , his first appointment was that of tutor to the duc de Bordeaux (afterwards known as the ), grandson of Charles X, and when the king abdicated in 1830, Barrande accompanied the royal exiles to and , and afterwards to . Settling in that city in 1831, he became occupied in engineering works, and his attention was then attracted to the fossils from the Lower rocks of .

The publication in 1839 of "Murchison's System" incited Barrande to carry on systematic researches on the equivalent strata in . For ten years (1840&mdash;1850) he made a detailed study of these rocks, engaging workmen specially to collect fossils, and in this way he obtained upwards of 3500 species of s, , , and es. The first volume of his great work, "Système silurien du centre de la Bohême" (dealing with trilobites, several genera, including "", which he personally described), appeared in 1852; and from that date until 1881, he issued twenty-one quarto volumes of text and plates. Two other volumes were issued after his death in 1887 and 1894. It is estimated that he spent nearly £10,000 on these works. In addition he published a large number of separate papers. In recognition of his important researches the in 1857 awarded to him the .

He was a fervent advocate of the theory of the catastrophes (as taught by ), thus opposing 's theory of evolution. He also wrote a five-volume book on the defense of his theory of so-called "colonies", presuming that the cause of the presence of fossils typical for one layer surrounded by those typical for another is atectonical. He tended to name those colonies with names of his scientific adversaries.