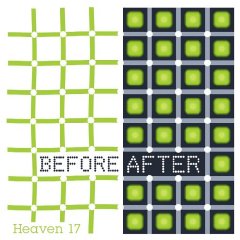 "Before After" is the most recent studio album by , released in 2005.

Track marked with an asterisk (*) does not appear on the US release, although it is mentioned in the booklet.