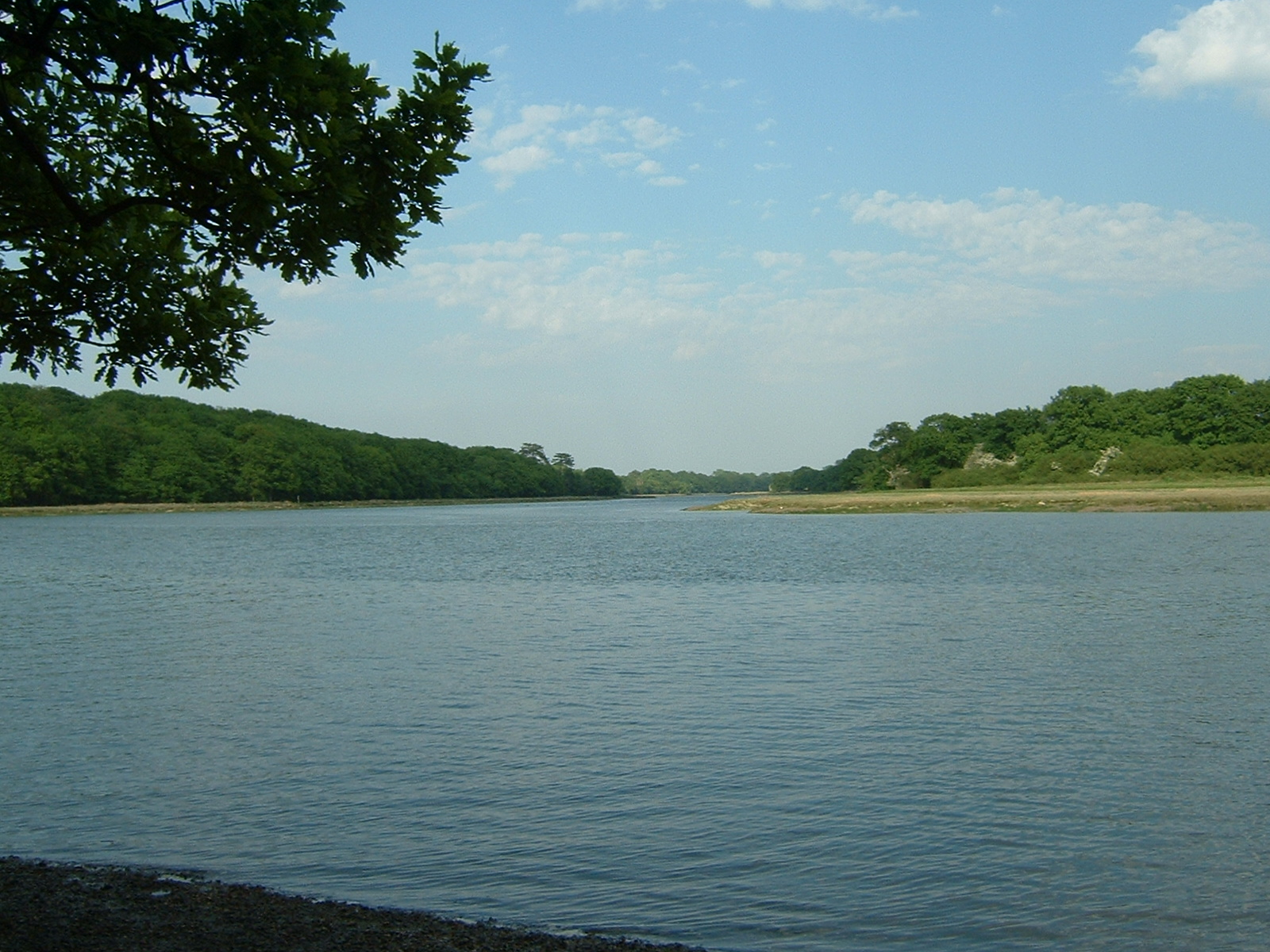 caption = The River Hamble looking upstream towards Botley from Fosters Copse. Dock Copse can be seen on the left bank. Bloomfield Copse is on the right bank.
origin = , .
mouth =
basin_countries =
length = 12 km (7.5 mi)

The River Hamble is a in , . It rises near and flows for some 7.5 miles (12 km) through Botley, and Swanwick before entering near and .

The Hamble is tidal for approximately half its length and is navigable in its lower reaches, which have facilitated shipbuilding activities since medieval times. Leisure craft are still built there today.

The river, and its shibuilding yards, have also been used for military purposes, particularly during .

Its lower reaches are now very popular for boating, being known throughout the world as "The Heart of British Yachting"

, the site of an ancient watermill.

Below Botley, the river becomes tidal and navigable. It gains strength from adjoining streams, draining the surrounding areas of , , and [Ordnance Survey] .

This section has been extensively used for medieval shipbuilding, using timber grown locally in the neighbouring woods. Nearby Kings Copse, formerley Kings Forest [ Joyce Blyth. The changing face of Hedge End] , indicates the former importance of this area.

Some 2 miles (3 km) south of Botley, the river passes between the villages of and and is crossed by the , the to railway line and the on three substantial bridges.

A further 2 miles (3 km) south of Bursledon, the river flows between the villages of and before entering Southampton Water.

A passenger ferry crosses the river between Hamble-le-Rice and Warsash, forming an important link in the and . The river is also the location for several large s, the largest being the [http://www.mdlmarinas.co.uk/marinas/port_hamble/ Port Hamble Marina] and s, situated on both banks as far upstream as Bursledon.