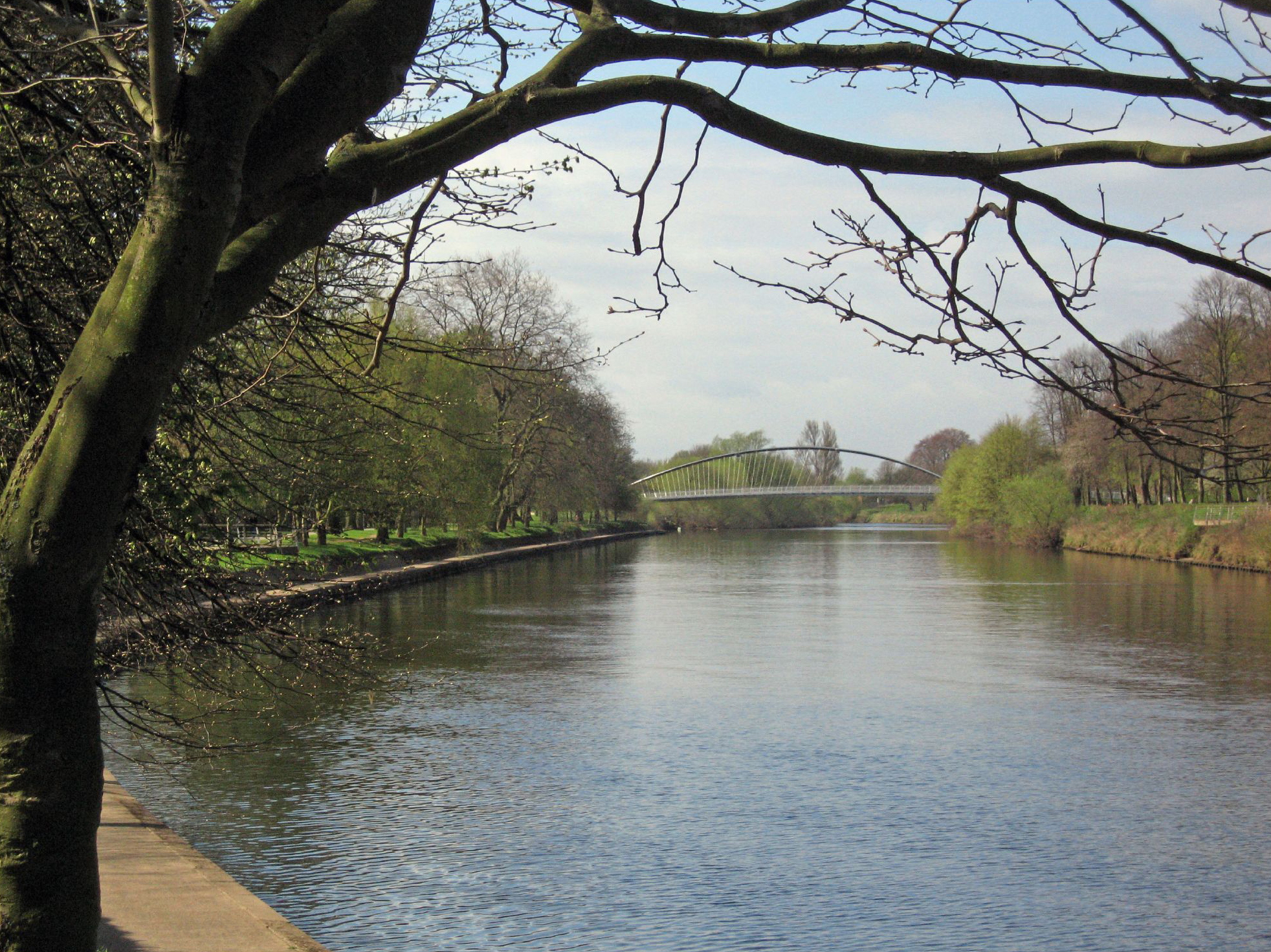 The River Ouse (pronounced "ooze") is a river in , . The river is formed from the at Cuddy Shaw Reach near , about 6 miles downstream of the confluence of the with the River Ure. It then flows through the city of and the towns of and before joining with the at , near the village of , to form the Humber Estuary. The length of the Ouse is about 84km (52 miles) and the combined Ure/Ouse river is about 161km (100 miles).

The Ouse's system of tributaries (which includes the Derwent, Aire, Don,
Wharfe, Rother, Nidd, Swale, Ure, and Foss) drains a large upland area of Northern England, including much of the Yorkshire Dales and North York Moors.

The Ouse valley is a wide, flat plain; heavy rainfall in the river's catchment area can bring severe flooding to nearby settlements. In recent years both and , and villages in between, have been very badly hit. The river has two weirs with locks, at and , so that boats of 45.7 m length and 4.6 m beam can reach York.

In the 18th and 19th centuries there was considerable commercial traffic on the river, mainly from Selby, which then had a custom house, downstream, but after 1826 with the opening of the most traffic was concentrated on the port of , which continues until today, though the coal trade which formed its backbone has ceased.

It has been suggested that the 'Ouse' was once all known as the 'Ure', but there seems to be no supporting evidence for this claim. In fact, more credence is given to the assertion that the name derives from the Old Celtic word for 'Ure', 'Isara', which over time evolved into 'Isure', 'Isurium', 'Isis' and finally the Saxon 'Ouse'. This linguistic evolution also goes some way to explaining how the little tributary 'Ouse Gill Beck' which enters at Linton-on-Ouse usurps the name of the much larger river 'Ure'. [ Ekwall,E. "English River Names"(Oxford University Press:1928). Waite, Alice "Exploring the Yorkshire Ouse" (Countryside Productions:1988)]

"(From confluence of Swale and Ure)"