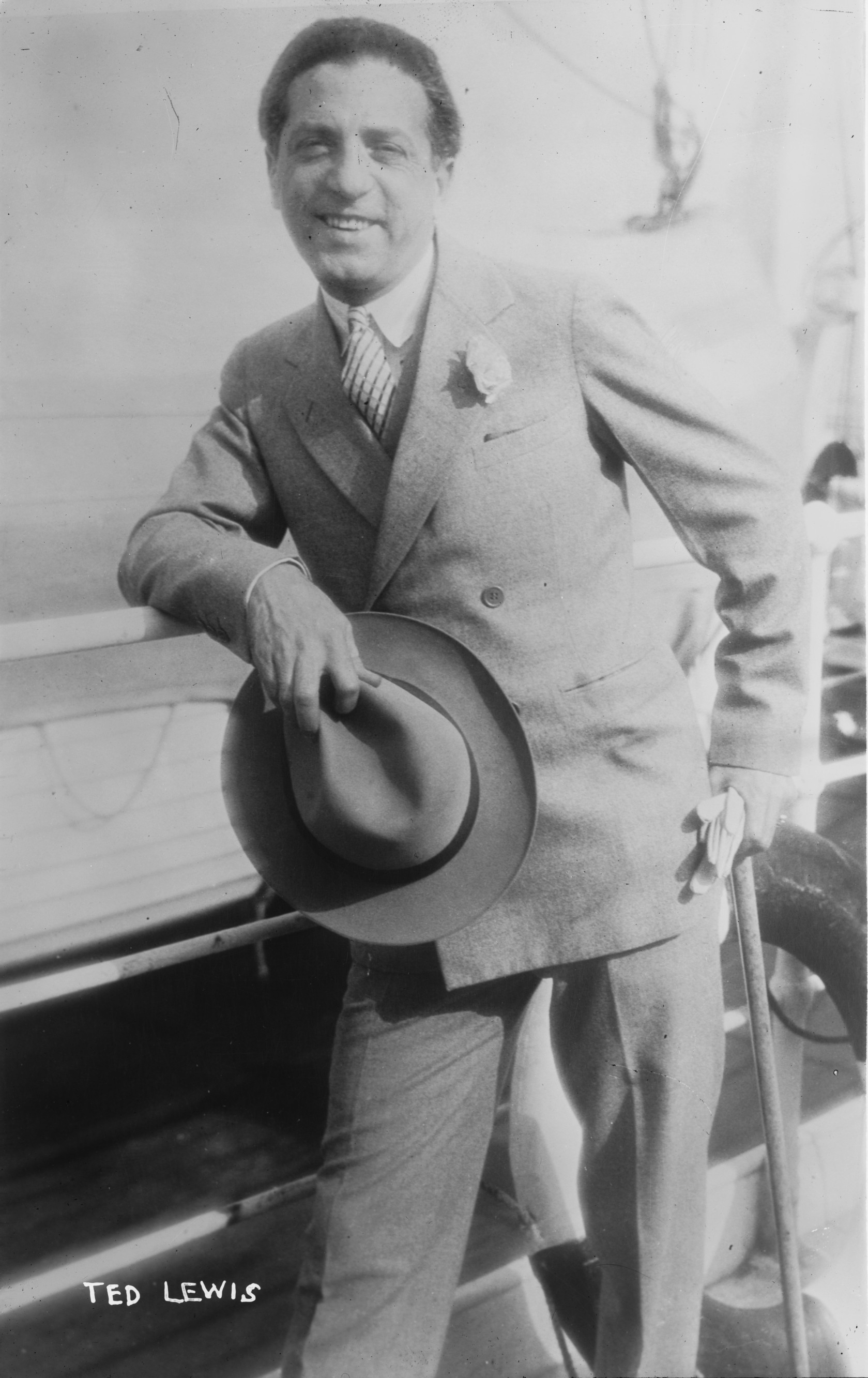 Theodore Leopold Friedman, better known as Ted Lewis (, &ndash; , ), was an American entertainer, bandleader, singer, and musician. He led a band presenting a combination of , hokey comedy, and schmaltzy sentimentality that was a hit with the American public. He was known by the moniker "Mr. Entertainment".

Born in , Lewis was one of the first Northern musicians to start imitating the jazz musicians who came up to New York in the teens. He first recorded in 1917 with Earl Fuller's Jass Band, who were making an energetic if somewhat clumsy attempt to copy the sound of the city's newest sensation, the . At the time, Lewis didn't seem to be able to do much on the clarinet other than trill. (Promoting one recording the Victor catalog stated:"The sounds as of a dog in his dying anguish are from Ted Lewis' clarinet"). He improved a bit later, forming his style from the influences of the first New Orleans clarinetists to reside in New York, , , and .

By 1919 Lewis was leading his own band, and had a recording contract with , which marketed him as their answer to the Original Dixieland Jass Band who recorded for Victor records. At the start of the 1920s he was considered by many people without previous knowledge of jazz (that is to say, most of America) to be one of the leading lights of hot jazz. Lewis's clarinet playing never evolved beyond his style of 1919 which in later years would sound increasingly corny, but Lewis certainly knew what good clarinet playing sounded like, for he hired musicians like , , and the wonderful (and, unfortunately, largely forgotten) Don Murray to play clarinet in his band. For years his band also included greats on trumpet and on trombone. Ted Lewis's band was second only to the in popularity during the 1920s, and arguably played more real jazz with less pretension than Whiteman, especially in his recordings of the late 1920s.

Lewis's band got cornier and schmaltzier as the wore on, but this seemed to match the general public's taste, as he kept commercially successful during an era when many bands broke up. Through it all he retained his famous catchphrase, "Is everybody happy?". Lewis adopted a battered top hat for sentimental, hard-luck tunes (he called himself "the high-hatted tragedian of song"). Frequently he would stray from song lyrics, improvising chatter around them. This gave the effect of Lewis "speaking" the song spontaneously: "When ma' baby... when ma' baby smiles at me... "gee," what a wonderful, wonderful "light" that "comes" to her eyes... look at that "light, "folks..."

Lewis and his band appeared in a few early-talkie movie musicals in 1929, notably the revue "Show of Shows". The first of several films bearing Lewis' catch phrase "Is Everybody Happy?" premiered that same year. 1935 saw Lewis and his band performing several numbers in the film "". In 1941 the band was recruited at the last minute to furnish musical numbers for the comedy "", and additional numbers were used in a short subject, another film entitled "Is Everybody Happy?" In 1943 mounted a screen biography of Lewis, yet again titled "Is Everybody Happy?", with actor Michael Duane portraying the bandleader and miming to Lewis's recordings.

Lewis kept his band together through the 1950s, and continued to make appearances on and in Las Vegas into the 1960s. True to his beginnings, he created a visual as well as a musical act. His physical presence with props like his top hat combined with bits of visual humor and dancing were as important to him as his music. One of his most memorable songs was "" with which he frequently closed his act. During the song he danced on stage with his own, spotlight-generated, shadow. In Vegas, a dancer was added to duet with Lewis' shadow on stage. [ [http://www.artistdirect.com/nad/music/artist/bio/0,,458704,00.html "Ted Lewis" "Artists Direct"] ] He died in in 1971. In June 1977, Lewis's widow and friends dedicated the Ted Lewis Museum and park in his honor in his home town of .