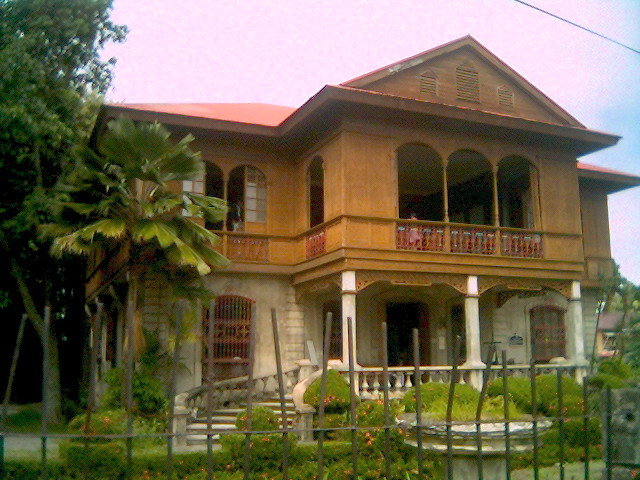 The Balay Negrense (Hiligaynon, "Negrense House") is a museum in , in the , showcasing the of a late 19th-century Negrense sugar baron. It is notable for being the first museum to be established in the province of Negros Occidental.

The Balay Negrense was originally the ancestral house of Victor F. Gaston, a son of and Prudencia Fernandez. The elder Gaston is credited as one of the pioneers of cultivation in this portion of the Philippine archipelago. A native of in , he married a from where he initially began experimenting with sugar production before relocating to Negros.

The house is of the type called "bahay na bato", literally "house of stone", however, reflecting American colonial influences, the lower is not constructed of stone but of . The foundation posts are made out of trunks of the "balayong" tree, a local ; the floorboards are of the same material. The house's upper storey is constructed of wood topped with a roof of galvanized iron instead of tile.

The house has a four-meter high ceiling and large windows with "ventanillas", smaller windows beneath the large windows with sliding panels that can be opened to admit the wind. The lower storey itself is elevated from ground level by a meter-high crawlspace, allowing the wooden foundations to be aired, preventing dampness from rotting the wood.