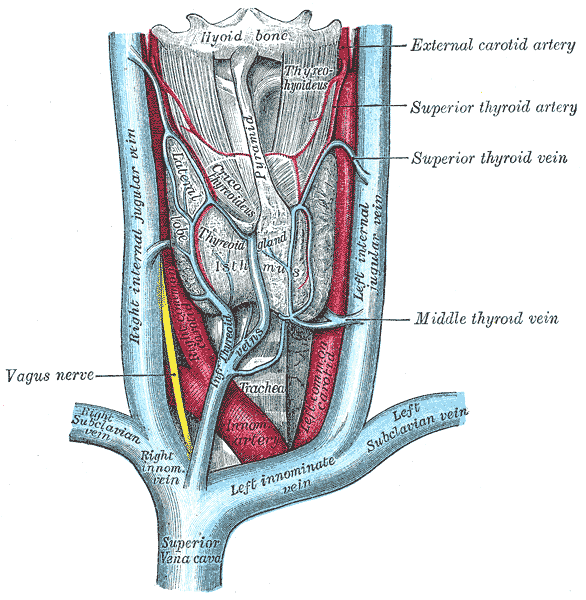 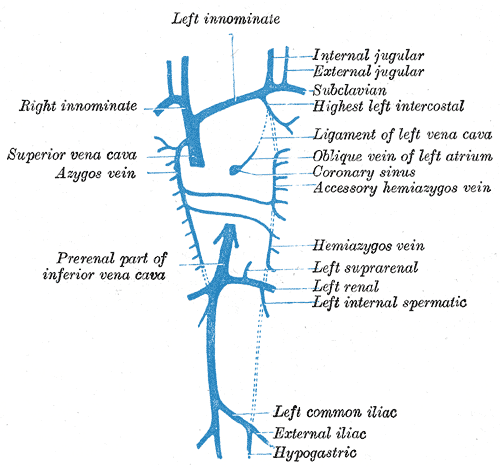 Caption2 = Diagram showing completion of development of the parietal veins. (Subclavian vein labeled at right, third from top.)
DrainsFrom =
Source = ,
DrainsTo =
Artery =
MeshName = Subclavian+Vein
MeshNumber = A07.231.908.877
In , the subclavian veins are two large s, one on either side of the body. Its diameter is approximately that of a man's small finger. It is divided into right and left subclavian vein.

Each subclavian vein is a continuation of the and runs from the outer border of the to the medial border of anterior scalene muscle.

From here it joins with the to form the (also known as "innominate vein"). The angle of union is termed the venous angle.

The subclavian vein follows the and is separated posteriorly by the insertion of anterior scalene.

The drains into the left subclavian vein, near its junction with the left .

It carries (water and solutes) from the , as well as or , formed in the from dietary fat and .

The term "subclavian" can be broken down to: sub= below, and clavian= pertaining to the .