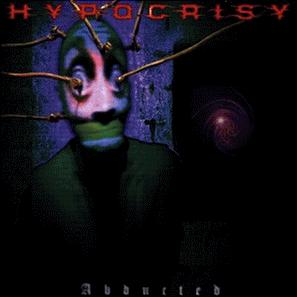 "Abducted" is the fourth released by Hypocrisy. It is the album where the band started to change their sound. On this release was brought into their original sound. It was also released as a limited edition — not to be confused with the non-limited edition digipak re-release.

* Produced and mixed by
* Recorded and mixed in Abyss Studio, Sweden, March - October 1995
* Engineered by Hypocrisy
* Mastered by Peter In De Betou at Cuttingroom, Solna,
* Photo, art and design by P Grøn, Sweden