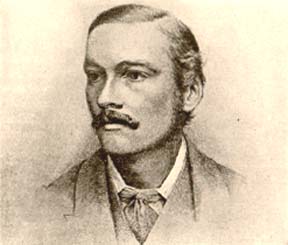 The younger brother of the politician, , he was born at in . He attended , where he showed no outstanding ability. However, one of the masters, , encouraged and aided him in the pursuit of natural science, a taste for which, especially , he had acquired from his mother. Entering , in 1870, he was elected a natural science scholar of his college in the following year, and obtained second place in the Natural Science of December 1873.

A course of lectures on , delivered by Sir Michael Foster in 1871, turned Balfour's attention to . After the tripos, he was selected to occupy one of the two seats allocated to the at the zoological station. The research work which he began there contributed in an important degree to his election as a Fellow of Trinity in 1874; and also gave him the material for a series of papers (published as a monograph in 1878) on the fish, which threw new light on the development of several organs in the s, in particular of the uro-genital and nervous systems.

His next work was a large treatise, "Comparative Embryology", in two volumes; the first, published in 1880, dealing with the s, and the second (1881) with the s. This book displayed a vigorous scientific imagination, controlled by a logical sense that rigidly distinguished between fact and hypothesis, and it quickly won wide recognition, both as an admirable digest of the numberless observations made with regard to the development of animals during the quarter of a century preceding its publication, and as a work of original research.

Balfour's reputation was now such that other universities became anxious to secure his services, and he was invited to succeed Professor at and Sir at . Although he was only a college lecturer, holding no official post in his university, he declined to leave Cambridge, and in the spring of 1882 the university instituted a special Chair of Animal Morphology for his benefit.

He never delivered a lecture in his new position. In the first term after his appointment he was prevented from working by an attack of . Going to the for his health, he was killed, probably on , attempting the ascent of the , , at that time unscaled. Besides being a brilliant morphologist, Balfour was an accomplished naturalist. Huxley thought he was "the only man who can carry out my work", and that the deaths of Balfour and were "the greatest loss to science in our time". [Huxley, Leonard 1900. "The Life and Letters of Thomas Henry Huxley". 2 vols 8vo, London: Macmillan. ] .

He was a committed Darwinian, though he disagreed with Darwin on the origins of larvae. Darwin assumed that larvae arose from the same stock as adults, but Balfour believed that virtually all larvae are ‘secondary’, i.e. they “have become introduced into the ontogeny of species, the young of which were originally hatched with all the characters of the adult” ("Comparative Embyology", Vol 2, p300). In the case of echinoderms, he argued that the bilateral larvae must have been introduced after the establishment of the existing classes, and he challenged Haeckel’s view that these larvae are evidence that echinoderms evolved from bilateral ancestors.